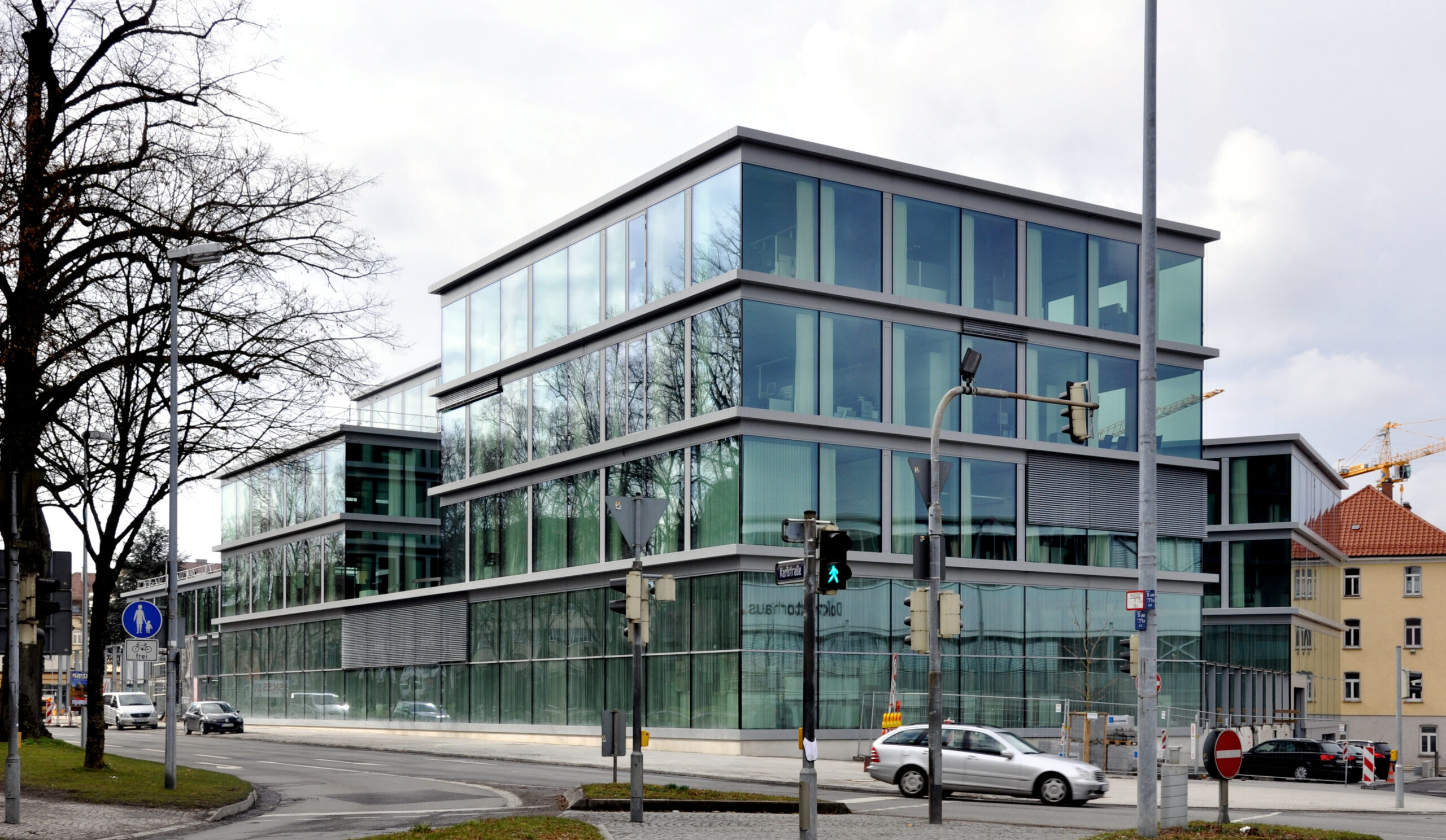 Having identified people interested in housing as a promising target audience, the German publisher used a persona-based workshop process to create a new product – a website subdomain – for its content about building and living. The workshop approach demonstrated how user-focused methods can help news publishers in their product development.

Schwäbische Zeitung’s TSE team had noticed that there was a lot of interest in housing-related issues among the readership, and that this was an audience segment with a lot of potential. But coming up with the product that met this audience’s needs was a challenge.

The path forward was a workshop method that used reader personas.

Before the workshop, Jennifer Schuler, Digital Transformation Manager at Schwäbische Zeitung, prepared a set of audience personas based on surveys and interviews with readers. These personas represented typical audience members, featuring information such as their personal situations, general interests, what they want from their news outlets, as well as quotes based on real comments from the readers.

The goal, Schuler says, was to make these personas as concrete and relatable as possible. “It’s really useful because they guide the workshop, as the discussions can then focus on their needs, what they want from the publisher, and how we can best meet those needs,” she says.

For example, one of the persona’s was Simone: a future mother pregnant with twins, who is looking to move from an apartment to a house to accommodate her growing family and who wants her children to grow up close to nature. 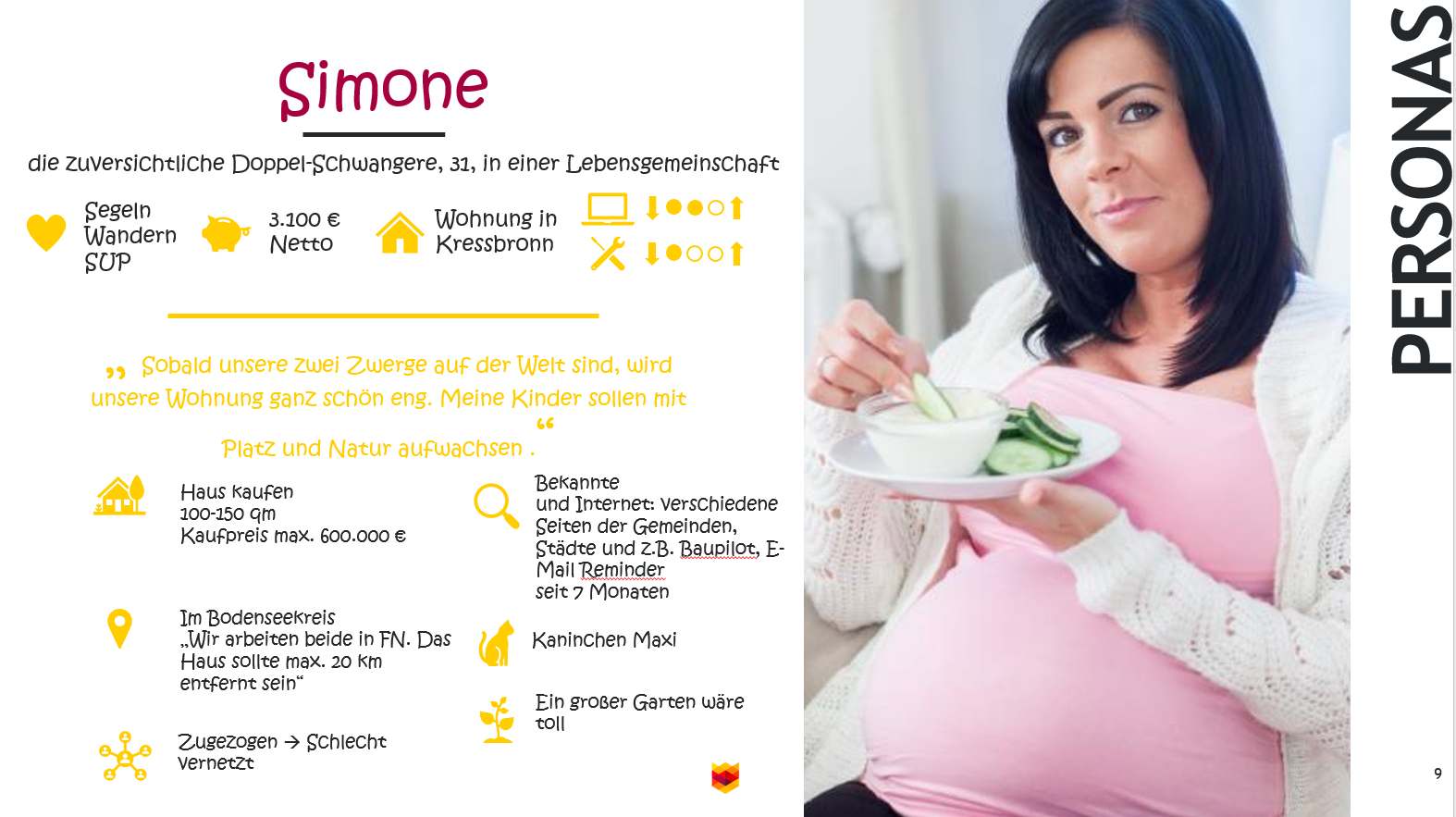 10 representatives from various departments (newsroom, data, sales and distribution, business, marketing) came together to exchange views during the workshop.

“It was really a collaborative style, and that helped create an understanding of different perspectives,” says Steffi Dobmeier, Deputy Editor-in-Chief and Head of Digital Content and Strategy at the Schwäbische Zeitung. “There were so many a-ha moments.”

My New Home – subdomain about housing

Ultimately, the workshop participants settled on creating a new subdomain on the publisher’s website. The page, Mein neues Zuhause (“My New Home”), would feature journalism related to building, housing and living, including information about new building grounds and house prices.

One reason why the team landed on this idea is that Schwäbische Zeitung was already producing relevant content, and the subdomain was an easy way to package it all in one place and spotlight it further.

Technically, the subdomain is not like other sections on the SZ’s website – such as Politics or Culture – as articles are not posted on that page specifically. Rather, all housing-related content exists also elsewhere on the site, and the subdomain page collects articles that feature a specific tag about housing.

Dobmeier explains that this solution allowed the team to quickly move forward with few resources as creating an entirely new section in the CMS would have been technically too difficult and time-consuming. The subdomain went live in May, and initially the tagging and placing had to be done manually, but now the process has been automated.

Based in Ravensburg in southern Germany, Schwäbische Zeitung doesn’t have a dedicated team that would focus on journalism about housing, but the content mostly comes from SZ’s local teams, scattered across the Baden-Württemberg region, as well as the business department. To boost the amount of relevant content and to create awareness about the topic among the editorial staff, SZ combined the subdomain’s launch with a series in the print paper about building and living.

The benefits of an outsider perspective

Going back to the workshopping process, Dobmeier points out that it is valuable that Schuler, who lead the workshop, comes from outside the news industry. Not having a journalism background and not being attached to traditional ways of thinking about journalism is – perhaps counterintuitively – an asset when creating new journalism products.

“She might say, ‘Why do we have this content? If I don’t need it, then I don’t want it.’ Which is hard to hear sometimes!” Dobmeier says. “But she helps us see through the eyes of the user, which is really helpful.” For example, she insisted on calling the subdomain “My new home”, which people can relate to emotionally, rather than picking a name that emphasises expertise, something newsrooms traditionally do.

Schuler – who previously worked in the car industry – says that news publishers are becoming more aware of the opportunities that digitalisation offers, but there’s still a lot of catching up to do.

“A lot of people make the same mistakes that other industries made before, instead of learning from them,” she says. “They don’t think user-focused. They make decisions based on what they think users are interested in, instead of asking them. And not only once, but continuously during the process.”

“There are a lot of best practices and learnings from others on how to have a dialogue with customers. Publishers should use those.”

Yet the mindset is shifting, even if slowly. Schuler says that Schwäbische Zeitung’s print paper used to include the price of heating oil once a week. When this was removed, someone in the newsroom suggested that they create a digital product that shows the price in real time.

“That was a good example where my colleagues started to think about what the customers’ needs are, and what we can do digitally to serve their needs.”

Towards a culture of experimentation

Dobmeier says that the team’s original instinct of focusing on housing proved correct, and there has been a clear interest in the topic. For instance, during the subdomain’s launch in May, the most successful pieces on the website when it comes to subscriptions were related to housing.

However, the traffic on the subdomain hasn’t reached the levels that the team had hoped, and they are now considering new ways of distributing that content.

“The data shows that the people who use [the subdomain] are more engaged and are really valuable users. People are using the content, but they don’t necessarily find it via the subdomain,” Dobmeier says.

“So I think it was the right audience, but we could still build on the product,” she says, adding that the team is now looking at starting region-specific newsletters focused on topics about building and living. “We included our users in the process and asked them about their feedback and preference.”

Meanwhile, the persona-based workshop method has been useful also with other projects; for example, it was used when the SZ launched a newsletter that focuses on the topic of leisure. Also, the concept of automated content selection has taken hold. But Dobmeier says that perhaps the biggest learning has been the realisation that sometimes the best way to effect change is to just get started, quickly and on a small scale.

“If you want to change things and do digitalisation, then you need to realise that not every step will be exactly in the right direction,” she says. “[The news industry] is not traditionally very good at this, but I think we need to change our culture so that we can try things out more easily. And if it doesn’t work, then it should be OK to stop it or make changes.”