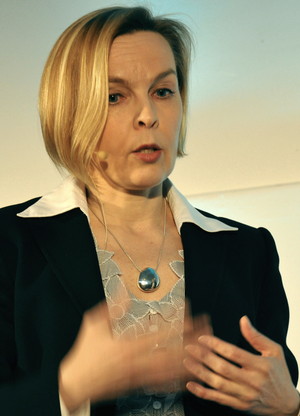 Sanoma’s cumulative digital consumer revenue since 2005 has been up €10 million, and Tuomola said that all the company’s sales people have the increase in digital revenues as a key target.

The decision to focus on combo print/digital subscriptions was taken in 2010 after the launch of the iPad, Tuomola said: the company decided that to really push its app, this was a necessary step to take.

In 2011, the paper began to offer digital-only subscriptions. However, 80% of new sales are print/digital combo subscriptions. The pricing depends on how many print papers the subscriber receives, with digital offered at a flat rate.

Sanoma is watching the NYT’s digital subscription strategy very closely, Tuomola said, particularly recently as the paper reduced the number of free articles offered to non-subscribers from 20 to 10. There always has to be something free, Tuomola said, to entice readers in. But a free website was cannibalizing the print offer, and now it is cannibalizing the digital offer, so not much is offered free.

Getting the user’s email address is crucial and something that newspapers need to focus on, Tuomola said. In the digital world, the more contact you have with your customer, the better.

Tuomola believes that video is extremely important and is the future of story-telling, for newspapers as well as on TV. From next autumn, Helsingin Sanomat’s newsroom will be merged with the TV Channel 4, also owned by Sanoma, and the paper will produce TV news also. However, she stressed that the videos do need to have real value.