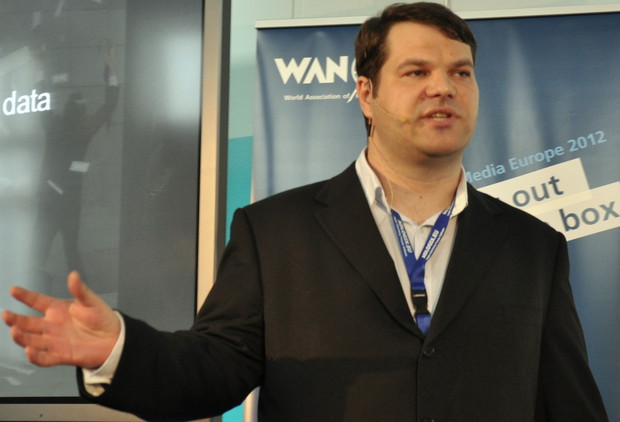 For publishers, this means that Piano will be able to offer more analytical tools and data about what works and what doesn’t, better software, and as the company expands into new markets, more countries with which to share know-how and best practices, Bella said.

Bella was not always a fan of the paywall: when he became editor-in-chief at a major Slovakian daily several years ago, he took down the paper’s paywall. But he gradually came to believe that unless papers found a way to charge people online, they would not survive, and he started to think about what the easiest way to charge would be.

Piano Media has launched a simple system for multiple publications with one flat fee and one log-in, which he compared to a cable TV package. You can buy the subscription at any of the participating publishers and you can move between the different sites without logging in. Eleven media outlets are on board in Slovakia, and nine in Slovenia, whose paywalls launched in January 2012.

In both countries the systems aims to be low-cost and accessible to all, at €3.90/month in Slovakia and €4.90/month in Slovenia. Interestingly, after ten months of data in Slovakia, Piano saw no difference in traffic in the sites who went behind the paywall and those who didn’t. “If you do it right, your traffic doesn’t have to go down,” said Bella.

Piano and its partners are experimenting with different paid online content strategies within the system offered. Bella gave a few examples: