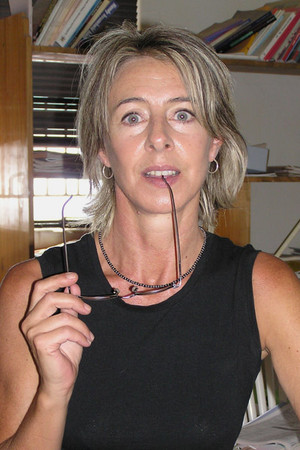 Namibia in 1985 was in the grip of apartheid occupation and some parts of the country were in a virtual state of military rule, says Lister. The founders of the Namibian were “united in their belief that a newspaper with an independent editorial policy, honest and realistic reporting, and a strong set of guiding principles, would expose human rights violations in the country under the heel of apartheid and contribute to a creation of a free and vigorous media in Namibia,” she explains.

In its early years, the donor money was crucial, Lister says. The newspaper experienced harassment, intimidation, direct attacks on its office and staff, a planned assassination attempt, detention without trial and denial of travel documents, but in 1991, some of the Namibian’s goals were achieved when the country declared independence.

“We had fought for self determination and independence for Namibia, along with guarantees of human rights, including press freedom, and having won the political battle, we now had to take on the daunting challenge of financial self-sufficiency,” Lister said.

The Namibian is now looking towards new media for growth, Lister says, and the new editor-in-chief, who stepped in in 2011, hopes to take the paper from a largely print product to a wider news organisation. Computer access is still elitist and out of reach for many in the country but the mobile phone market is booming, she explains. The Namibian uses SMS technology to allow people in rural areas to comment.