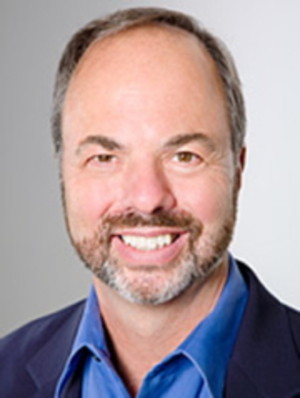 How to restructure newsroom operations and create sustainable business models for the digital age are priorities for newsrooms around the world. In advance of a webinar on Wednesday, 16 January, media analyst Ken Doctor offered some advice to newsrooms facing multiple challenges on what to areas to invest in and focus on, and how to make readers pay for your content.

WAN-IFRA: There used to a rough formula/rule-of-thumb (at least for many US newsrooms), that you had one journalist for every 1,000 copies of circulation. Do you think there’s a new formula? Or are things changing too fast to be able to calculate an equivalent today?

Doctor: Just as the old business model has broken down, so has the newsroom math that used to accompany it. Smarter companies actually have increased the percentage of their overall spending in the two areas that matter most for the future: news content-creating capacity and advertising sales. The last five years have seen unparalleled cost-cutting, beginning with the great frightsizing of 2008-2009. So we’ve seen cuts across the boards and while we’ve seen some appropriate Big Iron – presses, pre-production and trucking –  cuts, newsrooms have lost much capacity.

Now going into 2013, we see a new calculus. If reader revenue through paywalls, aka All-Access and digital circulation, is the main growth driver of newspaper companies, then unique, differentiated content – whether global or hyperlocal, or somewhere in between – becomes the key ingredient of that growth plan. A few publishers have consequently newly invested in newsroom strength; more publishers need to make that new connection now.

WAN-IFRA: The idea of print-digital/convergent newsrooms has been around for at least a decade, but in your view, what proportion of newsrooms are truly convergent these days? Is convergence an essential step to achieving economic viability?

Doctor: There is but one creed – but newspapers and newsrooms are still uneven on the road to convergence. It’s now commonly accepted, in the abstract, that newsrooms need to be multi-media, multi-device, multi-platform places. Newsroom technology is scurrying to make single inputs to multiple outputs easier. Yet the task of producing the kind of content that will make best use of smartphones’ little screens (and immediacy), tablets’ print-like interface (with immersive, interactive and video abilities) and the web’s overall ubiquity and newfound sociability remains in its infancy.

About a third of news usage is already mobile, so unless newspapers figure out how to optimize iPhones and Galaxy experiences, other disruptors – like the Flipboards, Huffington Posts and Zites – will take audience and advertising. If you don’t mobilize smartly, game over, as mobile usage will be a majority within three-plus years.

If you can’t produce video, your company is losing out on the highest digital ad type out there.

Within any newsroom, we need to see a spectrum of these skills represented, and growing. They can be found to some extent within individuals, but clearly need to be seeded and nurtured within ad hoc teams able to respond to the stories of the day with the best storytelling techniques we as audiences expect. The next convergence of ‘au courant’ technologists with journalists should be a top priority of publishers and editors.

WAN-IFRA: What do you think the top priorities should be for a newsroom manager today?

Doctor: In a word: uniqueness. Create news stories and news products that no one is creating. Certainly old-fashioned scoops meet that criteria, but they don’t come along often enough. Day in and day out, newsrooms need to create stories no one is creating, or takes on the stories of the day that no one is doing. As a managing editor in the ‘90s at the Saint Paul Pioneer Press, I could exercise final discretion on which five stories our front page would offer readers: I could define the top news for our sizable metro population. Thankfully, that power is now dispersed; monopoly (or in the Twin Cities, duopoly) news is over.

The new pay era clarifies this need. Why would anyone pay for news they can elsewhere for free? A good exercise is to spend a week scrutinizing your digital and print products, and honestly answer the question: How much of this stuff can our readers get elsewhere? Then, through numerous techniques – new news, different viewpoint, better interactivity – up your uniqueness quotient. (And make sure the business side promotes that uniqueness.)

Digital advertising is a key part of that, but looks to be clearly the second most important part of the future, after reader revenue. Those two, combined with dwindling print revenue, though, just keep newspapers gurgling at the water line of profit. The business model tasks for newspapers, in brief:

WAN-IFRA: What lessons do you think newspapers can learn from startups and other players in their mission to become economically viable in the digital age?

Doctor: Among the many possibilities, I’ll pick this one. Run like hell to find out what the market thinks you are best at doing – represented by readership or usage – and triple-down on that work. Generalists die on the web, and we as newspaper people all come out of a generalist background. That doesn’t mean doing one beat, or one kind of coverage. It may mean doing a distinctive, recognizable form of local journalism that knocks the socks off people. Think about what it is that will do that, and focus on it.

To hear more from Ken Doctor and other participants including Raju Narisetti, do join tomorrow’s webinar here. For more information please see here.