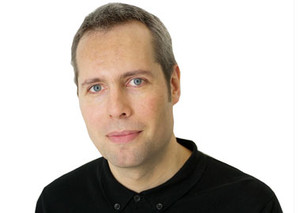 So what exactly will a “data editorial” role in Twitter’s media team entail? Back in September 2012, a job ad described the ideal candidate as being able to “create “clear and insightful data-driven case studies” using Twitter’s data for the press, partners, and its own internal communications.” Twitter is remaining quiet on the matter of Rogers’ appointment, but it can be assumed that his new job will consist in utilising his expertise in the field of data journalism to interpret the dizzying number of tweets that inundate the Twitter network – all this in a format that makes sense to a data-shy public. The most that Rogers revealed in his blog announcement yesterday was that “Twitter has become such an important element in the way we work as journalists. It’s impossible to ignore, and increasingly at the heart of every major event, from politics to sport and entertainment. As data editor, I’ll be helping to explain how this phenomenon works.”

The appointment of a data editor may well be considered the next logical step in Twitter’s ever-increasing domination of the news industry. Over the past few years, the real-time communications platform has been dictating the news agenda with growing power and influence, consistently pipping newspapers and websites to the post when it comes to breaking the latest current affairs stories.

Indeed, as Alex Howard explains in his article for Strata (a company offering expertise to businesses wishing to build a data-driven future) on Simon Rogers’ career move, Twitter’s ease and immediacy means that “news frequently breaks on Twitter first, [and] is shared by millions of users independently of any media organization. Journalists now use Twitter to apply a trade that’s well over a century old: gather and fact-check reports, add context, and find the truth of what’s happening.”

What hinders its news-breaking power, though, is its tendency for inaccuracy – the careless (but often, purposeful) propagation of false information that misinforms the public and, occasionally, news publications who use Twitter as a source for story leads. The aftermath of the Boston bombings offers a key example of misinformation sparked by social media users (see Editors Weblog article on this topic). What with such a heavy volume of information being distributed at such an alarming speed, it is no wonder that false information often finds its way into the headlines. As Howard continues, “tweets aren’t always a reliable source to understand everything that happens in the world but it’s undeniable that useful insights can be found there.”

Rogers’ data expertise will be put to the ultimate test: can he sift through the deluge of information that unremittingly descends on Twitter in order to find “truth and meaning” in data patterns created by tweets? And then present this in a manner that speaks to the public, i.e. in the form of compelling stories? “I can’t imagine a better job than getting to tell stories based on some of the most amazing data around,” Rogers revealed in his blog post.

Rogers leaves the Guardian after what he refers to as “nearly 15 inspiring years” during which he pioneered the newspaper’s datablog. “It must have seemed a little odd,” he reflects, “to want to create a site which would allow users to download and analyse datasets such as public spending figures for themselves. Traditionally that was the reporter’s job – why would we share it? The point was to democratise that data; it belongs to everyone, after all.”

Joining Twitter will present “a new challenge,” he revealed to Alex Howard during an interview for Strata: “just to be there, in the midst of that data will be amazing. I think it will make me better at what I do.”

Many questions remain: how exactly will Rogers go about telling stories with the data? What kind of platform will he use? What will the focus of the stories be? Techcrunch see the creation of this new role as a strategy “to re-affirm [Twitter’s] value to users, potential partners, and advertisers as part of its overall marketing message.” More than this, though, it can be expected that Rogers’ role as data editor will enhance the way that we use Twitter as a tool in journalism and current affairs. Just as he did at the Guardian, Rogers will build “a human bridge between data that’s tricky to understand; and a wider audience that wants to understand it.”

Ultimately, his work as data editor – sifting through a sea of largely irrelevant or inaccurate information to pick out what really matters – has the potential to increase Twitter’s credibility as a source of serious journalism.