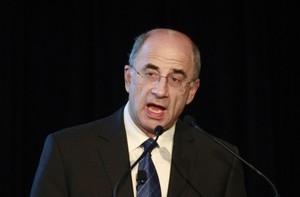 Excellent news for “smaller” blogging sites with a turnover of less than £2 million per annum and/or fewer than 10 employees, then, as it has been announced that such businesses will not be subject to the harsh financial damages due to be introduced under the new royal charter (see previous Editors Weblog article on reactions to the royal charter). Small companies who do not consider publishing news as the main part of their business will also be exempt.

Many of the small blogging sites in question will be heaving a huge sigh of relief in the wake of this government concession. Concerns had already been raised over the issue; outrage was widespread over the fact that small-scale bloggers would be subject to the harsh press regulation rules that were intended for the large news organisations responsible for the misconduct which lead to the Leveson inquiry in the first place. This exemption has been made in the form of a legislative amendment to the royal charter agreed upon by the Conservative, Liberal Democrat and Labour parties. The amendment is due to go before the House of Commons for debate later today, 22April.

Evan Harris, associate director of Hacked Off, the organisation seeking tighter press regulation, applauded the proposed amendment: “This is a very good result for bloggers… almost all multi-author edited news blogs will not need to join an approved self-regulator in order to avoid cost penalties if sued in court… But in addition, any such news blogs who do choose to join, will get cost protection if a libel or privacy claimant chooses to sue them in court instead of using the arbitration scheme in the self-regulator.”

Small blogging sites have escaped the harshness of press regulation, then, but local and regional newspapers represent another party who are under the impression that they do not deserve to be placed on the same level as large national news organisations. Perhaps this recent development concerning bloggers will raise hope for local and regional newspapers that are still campaigning to be made exempt from the royal charter system as well.

As reported by Press Gazette, Newspaper Society president David Newell has written to Deputy Prime Minister Nick Clegg “urging him to delay ratifying the Royal Charter until there has been proper consultation with the regional press.” Newell added: “You are asking them [the regional press] to pay an unacceptably high price for a problem they did not create… Many of the claims which are currently resolved easily and without cost to either side would be converted into claims for money. This would place an exceptionally large financial burden on regional and local newspapers.”

As Mark Sweney suggests in an article for the Guardian, the amendment to exempt small bloggers is a positive step, but “the proposal to introduce exemplary damages remains arguably the biggest stumbling block for the government gaining the backing of the newspaper industry”. The prospect of exemplary damages has indeed rendered the royal charter press regulation proposal highly unpopular among leading members of the news industry.

Culture secretary Maria Miller has defended the exemplary damages system, and last week confirmed the government’s intention to continue endorsing this scheme. Miller has insisted that “controversial draft legislation to allow courts to impose exemplary damages on newspapers who lose libel cases do not breach human rights laws, and marks an “improvement” in press regulation.” Miller has also been quoted as saying that she “[believes] absolutely [that] this is going to be something that we will be happy to see… put in place in terms of the approach that we want to take to press regulation in this country.” According to Miller, “the incentives to be part of the self-regulatory body are strong and compelling when you look at the opportunities afforded.” But it appears that the culture secretary will have a hard time getting the news industry themselves to agree with her view of press regulation, given the so-far overwhelming negative reaction to a system which imposes such harsh exemplary damages.

WAN-IFRA remains firmly against the proposed royal charter, as publically expressed in a press release last week, 16 April. WAN-IFRA feels that, under the royal charter, “investigative journalism will be discouraged while a culture of self-censorship will prevail.” The statement also warns that “the proposal would also have a “chilling effect” on press freedom in other countries, as oppressive regimes will cite the British model as an example and use it as an excuse to silence independent voices or those critical of government.” Instead, WAN-IFRA supports the idea of “an effective self-regulatory system independent of both the state and the newspaper and magazine industry.” The organisation’s letter to Prime Minister David Cameron urging him to withdraw the royal charter proposal can be read in full here.