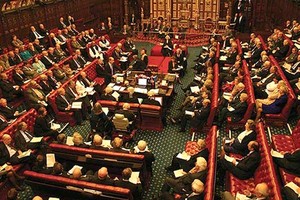 The House of Lords voted on Tuesday 23 April by a majority of 78 in favour of passing the Bill, and consideration of the Lords amendments took place in the House of Commons yesterday, Wednesday 24 April. The Bill has hereby cleared its last Parliamentary obstacle, and now awaits the final stage of Royal Assent which will statutorily enact the Bill as an official Act of Parliament. According to the UK parliament’s website, “the aim of the Bill is to reform the law of defamation to ensure that a fair balance is struck between the right to freedom of expression and the protection of reputation.”

Press Gazette reports that “under the new law bodies trading for profit will be asked to show that the words complained of caused, or are likely to cause, serious financial loss” – certainly a positive step towards restricting the ease with which companies have been suing individuals and organisations including newspapers and broadcasters during the past few decades, causing London to earn the nickname of “libel capital of the world.” The Bill is the long-awaited end result of a three-year campaign championed by Liberal Democrat peers Lord McNally and Lord Lester, and is the first wholesale reform to libel laws since 1843, so the excitement of campaigners at this final result is understandable.

Press Gazette quoted Kirsty Hughes, chief executive of the Index on Censorship, on her celebration of this soon-to-be Act of Parliament: “The Defamation Bill is a major advance for freedom of expression both here at home and abroad. For too long, free speech was chilled, restrained and threatened by our archaic libel laws, that were a laughing stock around the globe. Even President Obama passed laws to protect US citizens from its effects.”

Other aspects of the final ammended Bill include a public interest defence for journalists – open to defendants who can demonstrate that they “reasonably believed that publicaton was in the public interest” – and a “qualified privilege” given to statements in scientific and academic journals and reports on government proceedings, international conferences and court proceedings, meaning that “fair and accurate reporting about any of these things will be protected from libel.” The law also restricts libel tourism by ordering that “a libel action against a person who does not live in Europe can only be heard in London if the claimant can show that England is the most appropriate place.”

The only reason for campaigners to be disappointed was that a further important ammendment was refused, one asking that private companies contracted to perform public functions (for example, independent treatment centres, dentists, care homes, and prison management) should be prevented from suing for libel. In response, Jo Glanville, director of English Pen, told the Guardian: “We are delighted all in all, but obviously are very disappointed… that it did not go far as we would have liked on private companies being able to sue. This will have a chilling effect on free speech as they use the law to bully in a way they have done in the past.”

One thing is certain, though: the bill as it stands today, even without the inclusion of this last ammendment, promises to make a real difference to the freedom of journalists reporting under a critical, investigative agenda in the interests of enlightening the public on topics such as corruption and injustice.