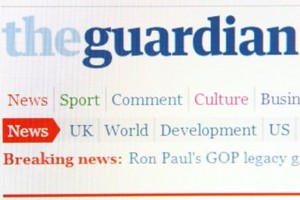 Australia’s two major media groups, Fairfax Media Limited and News Limited opted to introduce paywalls for some of their titles over the past few months. Just a few weeks ago, News Limited announced the introduction of metered models for the Daily Telegraph and the Herald Sun, whilst the launch of digital subscriptions for Fairfax Media Limited’s masthead newspapers, the Sydney Morning Herald and The Age, is imminent. The two media groups have been suffering at the hands of the digital revolution and the decline in paper advertising revenue that has accompanied it. This decline has not been successfully compensated by digital advertising revenue, leaving the paywall option as the next logical step to follow.

Guardian Australia can, like the main Guardian site, be accessed free of charge. Without a doubt, this free model is partially responsible for the fact that the Guardian is the third most-visited news site in the world behind the UK’s Daily Mail and The New York Times, with 30.4 million readers in June 2012.

Guardian Australia has received financial backing from the internet entrepreneur and philanthropist Graeme Wood, who is recognised as the founding investor but does not hold shares or board membership. The total of his investment has not been specified but will be enough to support Guardian Australia through its first five years.

Viner, who is also deputy editor of the Guardian worldwide, spoke of how “Australians are looking for an alternative that is truly independent, both global and local, which offers serious reporting and lively commentary.” She explained the work that Guardian Australia will be undertaking to ensure that Australians get the independent news coverage that they are looking for:  “Starting today, we’ll be reporting and blogging, providing commentary, debate and community interaction as well as using cutting edge data visualisation and interactive technology.”

For its launch Guardian Australia secured an interview with Prime Minister Julia Gillard, and released an exclusive interactive feature branded an “online journey”, using multimedia content to illustrate the story of the Holmes family hiding from a bush fire in Tasmania. Guardian Australia will also include a strand of the Guardian’s ‘Comment is free’ blogging forum and will also integrate the Guardian’s comment network to ensure that reader participation is just as central to the Australian edition as it is to the worldwide edition.

The launch of Guardian Australia occurs in conjunction with the Guardian’s ‘going global’ strategy.  The newspaper last week announced its decision to change its website’s URL from guardian.co.uk to theguardian.com, in recognition of its evolution “from a much-respected national print newspaper based only in the UK… to a leading global news and media brand, with offices around the world, and an ever-growing worldwide audience accessing Guardian journalism every minute of every day.”