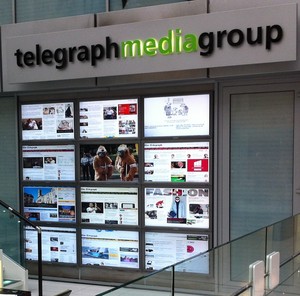 As the Press Gazette reported last week, the Telegraph Media Group made a £58.4m surplus in 2012, a small increase over the £55.7m in 2011. This makes it an anomaly in two ways. First, its mainstream broadsheet competition are all loss making (e.g. The Times, The Guardian). Second, this is despite a decline in circulation revenue.

On a recent visit to TMG HQ in Victoria, we spoke to Deputy Editor, Mark Skipworth and found out how 2013 looks set to be another profitable year.

But, as one South African colleague asked, what about the unusually large number of people wearing ties on the newsroom floor? Skipworth was not able to answer that, but we think it might very well be the secret ingredient in a profitable newsroom.

WAN-IFRA visited Telegraph Media Group as part of a WEF Study Tour. For details of the next tour to New York and Washington D.C. click here.