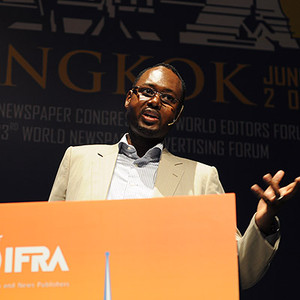 75% of Africa’s population is under 25, but life expectancy is 60, up from 40 not so long ago. Enrollment in schools is also at an all-time high.

These factors are critically important and can impact the news industry, Mhatar Ba said. News is also changing fast. The African Media Initiative tries to lower the risk of experimentation, he explained, by initiatives such as embedding developers and coders in news organisations.

“What we are trying to build is this culture where we can really make a difference,” Mhatar Ba said, mentioning Hacks/Hackers which is active in Africa and cultivates an innovative, creative community of journalists and developers.