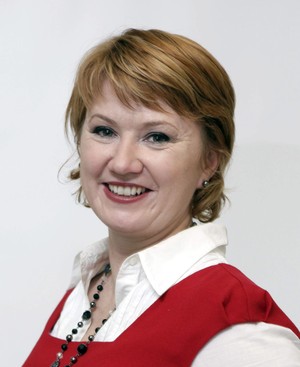 Jeff Jarvis, journalism professor at City University of New York and the author of “What would Google Do” and “From Gutenberg to Geek” told the World Newspaper Congress in Bangkok that the salvation of journalism would come when news companies moved away from production and towards the “relationship business”.

“Relationships are where the value of our industry is going to be,” Jarvis said. “Google understands that, Amazon understand that but we’re not built for that because we’re a manufacturer and we run presses.”

Over the course of four days, newspaper executives from around the world heard a multitude of speakers examine how the industry needed to change. Overwhelmingly the focus was on the influence of big – and small – data on journalism, and mobile and new digital revenue streams which require major shifts away from traditional business and content models.

“The new metrics is not page views or unique browsers – it is of relationships,” Jarvis said. “It’s about how many people do we know, what do we know about them and what are they doing right now?”

Jarvis told the audience that paywalls would not provide a “golden pill” to save journalism because they failed to recognise the changing nature of information in the internet age.

“The thing that makes journalism the most valuable is information but it’s also the hardest thing to charge for because it is so quickly commodified and spread around,” he said.

“We in journalism now need to create the structure to allow communities to share and elegantly organise their information – that doesn’t leave us out because we still need to add value.”

The new value would come from knowing who is reading, not what is being read, the conference was told – information that could come from data acquired by sign ins and even mobile gps technology.

Mira Milosevic, director of media development at WAN-IFRA, said the great challenge of newspaper companies currently was comprehending that audiences and advertising have become decoupled. Quality data however could reapply the glue.

“Building audience does not guarantee advertising,” Milosevic said. “We need to define audiences and engage them and show our advertisers that we have deep engagement. General audiences will kill us.”

Jarvis said this was one of the most difficult things for traditional media companies to understand.

“Users can be of different value – and this is a revolutionary idea for us,” he said.
“But the same product for everyone with the same price for everyone doesn’t make any sense any more.

“We need to forget big data at the beginning and start with small data because small data starts a relationship.”

Even the small insight of knowing if a person reading a piece came from the area where the article originated could dramatically increase the value of the audience, Jarvis said. This was the power that data created by mobile consumption of media offered, he said.

Justin Arenstein, a Knight International Fellow at the International Center for Journalists, based in South Africa, said understanding where readers were located and what they were consuming “allows journalists to do more than just put out the news and walk away.”

It connected journalists more closely to their audience, he added.

“News started out as a decision making tool, mainly around commercial news where it helped  people understand how to get the best value for their money,” Arenstein said.

“We need to go back to those basics now and give audiences information they can act on – and supply to tools to allow those actions – and when we do that, we solve our problems of relevance.”

Arenstein said one of the greatest mistakes modern media made was to get audiences inflamed and then, left them to it.

“Audiences get riled up and they get passionate about the news that they read or watch, so how do we as the media, channel that in some constructive, useful way?” he said.

“We not need to become the conduit – you don’t want to become an agent provocateur – but to point people at either tools or mechanisms for them to self organise and then create a feedback loop where that feeds into the news cycle.”

Arenstein said the greatest service news organisations could do – both for their readers and themselves, was to use data to create “actionable intelligence from the noise” by making sense of the constant flood of information, and encouraging evidence based debate.

“Traditional media needs to get away from being a proprietory manufacturer and instead see itself as a platform like an operating system that others can build apps on top of or to plug into,” he said.