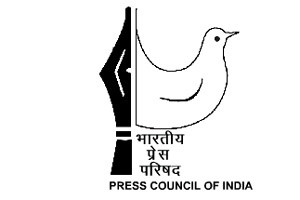 The Standing Committee on Information Technology’s report, submitted in early May, generated little media buzz despite its harsh implications. The report says that in India’s 2012 elections, there were 126 confirmed cases of paid news, and 61 candidates admitted to buying favorable coverage.

But the issue isn’t limited to election season: the problem is “everyday and prolific,” the over-100-page report says. The “menace” is blackening several areas of society: It “mocks” democracy, fluctuates the financial and real estate markets and is equivalent to tax fraud, in addition to raising ethical concerns, according to the report.

But Ravindra Dhariwal, chief executive of Bennett Coleman & Co., owner of The Times of India, said the Committee is overhyping the problem.

“The bulk of the media just doesn’t go near paid news,” Dhariwal said in an interview with The Wall Street Journal. “To say that everyone is tainted is wrong.”

Tracking paid news can be difficult, as most transactions are “clandestine,” the report notes. Coverage is bartered for in cash, not checks, with no paper trail, or advertisers offer trips, gifts or other incentives. Only about 95 percent of cases can be proven, but the few cases that can be identified makes pressing the issue worthwhile, the report says.

In addition to buying favorable coverage, another common practice is journalists sponsoring award ceremonies to recognize their covert sponsors. In some cases, journalists are also blackmailing candidates by promising not to cover them unless they pay up, the report says. Some pay for positive coverage with company shares, further compromising journalistic independence.

While the issue “peaked” during the last elections, it’s been a problem since the 2004 general elections, as media has become “increasingly corporatized.” Journalists are no longer independent, in part because of the collapse of journalist unions in the 1980s and 1990s. A new employment system based on contract has skewed journalists’ priorities, and most reporters’ salaries are “meager,” often even below the minimum wage.

In addition, publishers often double as editors, battering the once-sturdy wall between editorial and advertisement. Goals for many media organizations are now more rooted in finances than public interest, the report says.

In many cases, the issue is simply a labeling problem. “Advertorials” are not marked as such, increasing the pieces’ credence. The report provided the example of one newspaper that printed the same full-page ads twice. In one edition, the ads were marked as “advertisements,” and in the other they camouflaged with general news.

This was an issue higlighted by Siddarth Varadarajan, editor of The Hindu, at the World Editors Forum in Bangkok earlier this month. Sponsored content has become a slippery slope towards paid news, he said. Some of the largest media houses in India have been caught up in this, he added, mentioning one scandal where political candidates were paying for coverage.

“We have take a clear stand against paid news of any form,” Varadarjan said, adding that professional bodies and associations must do this. Another important point is that “all stakeholders in the paper need to understand that any material that originates from an advertiser is promotional material and not journalism,” he added. If sponsored content is used, then disclaimers need to be more prominently displayed, he suggested.

Because cases are often so difficult to prove, the government needs to establish guidelines for “circumstantial evidence” of paid news so patterns can be investigated and the problem can be identified and punished, the committee’s report says.

The self-regulatory body the Press Council of India even acknowledged its own “helplessness of being a body/organisation without teeth,” as the group can only issue warnings and not penalisation.

The Committee advocates for a government-backed body of “independent persons,” possibly independent journalists, with legal authority to censure, fine, imprison and cancel or revoke news organisations’ licenses and disentitle journalists.

The report harshly criticized the Ministry of Information and Broadcasting for their inadequate response to the issue. Reached by the Wall Street Journal, a Ministry official declined to comment, saying that a formal response won’t be likely until August.

“This is the first time the Ministry is handling such a report,” the official said. “These issues are sensitive.”