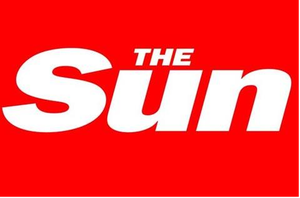 To round the month off, The Sun defied critics of its Page 3 feature with the declaration that it would continue to run its now infamous photographs of topless young women alongside its news and sports reports. The Sun’s new editor David Dinsmore stated during an interview with Radio5Live: ” “Page 3 stays. We did a survey last year and found that two thirds of our readers wanted to keep Page 3.” Discussing the No More Page Three campaign, which has so far garnered 107,140 votes of support on chang.org, Dinsmore said that “What you find is people who are against Page 3 have never read The Sun and would never read The Sun.” Criticism of The Sun’s topless feature, which the title first introduced in 1970, is founded on the belief voiced by campaigner Stephanie Davies that showing half-naked women in a daily newspaper “gives the message that that’s women’s only value.”

Those protesting against Page 3 were initially optimistic that their views were being taken into consideration by the paper’s management. Rupert Murdoch, whose newly renamed publishing company News UK is responsible for producing The Sun, replied to the tweet “Seriously, we are all so over page 3 – it is so last century!” with the reflection: ” “You maybe [sic] right, don’t know but considering. Perhaps halfway house with glamorous fashionistas.”

The anti-Page 3 movement then went on to draw the support of politicians including Green MP Caroline Lucas and organisations such as Girl Guiding UK. In fact, following a vote during which its members decided to offer their official support to No More Page 3, the organisation penned a letter addressed to then-editor of The Sun Dominic Mohan. In it, they wrote: “We know that The Sun is a family newspaper. Anyone can pick it up, turn to page 3, and think that it is normal for young women to be treated as objects. We feel this is just wrong and has to stop… As a young woman in UK society, it is impossible to nurture your ambitions if you are constantly told that you are not the same as your male equivalent. This is what Page 3 does. It is disrespectful and embarrassing.”

At first glance it may seem absurd or even pointless to attempt a comparison between the endurance of The Sun’s Page 3 and the demise of Julia Gillard’s career. Gillard is after all a seasoned politician whose unpopularity in the opinion polls weakened her position and paved the way for Kevin Rudd, who she had unseated three years ago, to challenge for the leadership of Australia’s Labor party. And yet, when the media coverage of Gillard’s career is taken into account, it becomes clear that anatomy and gender stereotypes feature as prominently in the majority of reports on Gillard as they do on the third page of Britain’s most-read newspaper.

While political opponents frequently levelled a slew of sexist comments at Gillard (a conservative MP once referred to Gillard as being ‘deliberately barren‘) certain elements of the news media were equally quick to denigrate and undermine the former PM through references to her gender and appearance. The furore around the shape of Gillard’s earlobes threatened to eclipse the 2010 federal elections, and her famous lack of interest in cooking and domestic life saw Gillard frequently presented as a cold, unloving figure. ABC’s Sally Loane reported during an interview with the former PM that took place in Gillard’s kitchen, that “There was something terribly lonely in that room, there wasn’t even a flower or a picture or a knife on the bench or bread in plastic or anything…looked like the kitchen was never lived in.”

Gillard’s “knitting” interview with Women’s Weekly was widely mocked as an attempt on her part to appear more “human” in the eyes of the electorate, but the question remains as to whether such an approach would have been necessary had Gillard not previously been portrayed in the press as cold and unfeeling. In April of this year The Age‘s Sally Young questioned “how much of the Prime Minister’s much-maligned failure to ‘connect’ with the Australian public has to do with how she is represented in the media.”

If The Sun, in the words of the UK Girl Guides, reduces women to the status of “objects,” then the reduction of Julia Gillard to a set of “female” roles could be said to be equally “disrespectful and embarassing.”

The Guardian, The Age