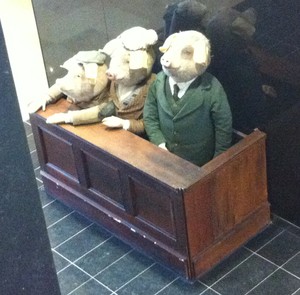 On Monday at the World Editors Forum in Bangkok, there was a feeling that the paid content debate has been won. It was finished. Decided. Even Germany’s boulevard (tabloid) titan Bild will launch a freemium model on 11 June. If you were waiting for rivals to move first then wait no more – the question is only what kind of model to implement.

Canada’s Globe and Mail offered lessons learned on pricing and high value content. “Paywalls work if they are supporting good journalism,” said John Stackhouse, editor-in-chief (see video below this article). And the UK based Financial Times reminded us that after 12 years of charging for online content, the FT even has more digital than print subscribers.

But wait! What’s this today in a keynote from Kevin Beatty, CEO of DMG Media in the UK?

We have chosen, go at new customers in scale, and stay free

And boom – an immediate approving response from Jeff Jarvis on Twitter.

Refreshing to see heresy from DMG CEO Beatty in this the Church of the Pay Wall. #wnc13

Later on, we heard from other publishers focusing on scale. El Pais will also stay free online, looking to become the Spanish language equivalent of the Guardian by targeting a worldwide audience of 500m.

And one of the Globe and Mail’s competitors, La Presse, have gone further than most. Their President, Guy Crevier, explained today why they spent $40m on a free app and how he sees the free model as ‘irreversible’. So far they have been bolstered by the fact their iPad edition adverts generate an impressive 9.5sec of in-view / engagement time.

So not quite the ‘Church of the Paywall’, although as one Stampen tweeter reported from our paid content debate on the first day:-

There is only one conclusion we can make: 52% of US newspaper websites remain free!

The paid content expertise of WAN-IFRA and their Frenemies Consulting group has been distilled into an SFN Research Report that will be released in a couple of weeks. Excerpts are circulating at Congress in Bangkok.