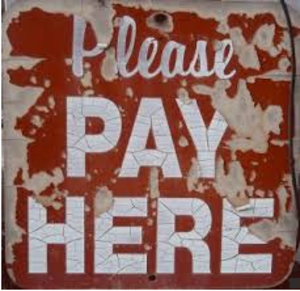 In a video post the Toronto Star’s publisher John Cruickshank said online consumers would be charged C$9.99 a month for full access to the paper’s digital products. The new paid subscription program for Canada’s biggest-selling daily newspaper is called “My Access Digital Pass” and will allow readers access to the entirety of the paper’s cross-platform output. In order to ease customers into the transition to paid-model, the paper is offering a full month’s digital access for 99 cents. Readers who do not subscribe will be able to read 10 articles every month before hitting the paywall, and the homepage, obituaries and classified ads will remain open.

Under the banner: “My City. My Star. My Access,” the payment system is being touted as a necessary means of safeguarding the quality of the newspaper with the support of the community. Addressing readers, Cruickshank explains: “subscribers to Digital Access will help us to continue to invest in the high-quality reporting, ground-breaking investigations, opinion writing and digital innovation on which our readers have come to depend.”

Heading south of the Canadian border, it appears that the San Francisco Chronicle has failed in its attempts to persuade readers to support its paid content model. In March the Chronicle launched SFChronicle.com, where it charged for access to premium articles. The subscription-only site remained separate from the paper’s original website SFGate.com, which continued to function despite the fact that much of its sports, entertainment and political coverage was funnelled to its premium sister site. On Tuesday, not even five months later, reports began to emerge that the news title had decided to make its premium stories free to read once again. An article on SF Appeal includes a tweet from current SFC journalist Aidin Vaziri, which seemingly confirms the news.

Doubts over the paywall’s chances of success were raised early on. SF Appeal tracked the paywall over its first five days, concluding that the new site did little to lure readers away from the old, free model. The Huffington Post reported that the majority of SFC readers surveyed would not switch to the $12 per month format, while the East Bay Express opined that the paper’s “supermarket tabloid” output would generate little online revenue.

One of the first major news titles to understand the importance of the web back in 1994, the SFC had not tried to coax readers into paying for content until this year. By this point, the Chronicle had cut nearly three-quarters of its staff over a decade, and was losing more than $50 million a year, East Bay Express revealed. Content suffered as a result and the title began to receive criticism for its sub-par output.

It was in a healthier state that The Sun introduced a paid format at its website this August. With an average daily circulation of 2.7 million, The Sun is Rupert Murdoch’s best-selling British newspaper. Pre-paywall the title received 1.27 percent of the market share of all UK visits to news and media sites. Figures released by Experian Marketing Services show that from 1-11 August this dropped to 0.83 percent, a 36 percent drop. Rival tabloid The Mirror saw its market share rise by 26 percent to 1.58 percent in the same period. Experian insisted that the data is good news for The Sun. Quoted by Press Gazette, a digital insight manager from Experian said: “This might seem like bad news for The Sun but in reality this should be viewed positively. Let’s not forget that a 36 percent decline means that The Sun has retained 64 percent of their original market share.”

There is no way of projecting with any real accuracy how The Sun and the Toronto Star will fare online in the months to come, but there are some signs that they will fare better than the San Francisco Chronicle. The fate of the SFC would seem to prove what the Orange County Register’s CEO has been saying for some time now – you can’t do more with less. In introducing paywalls both The Sun and the Star have made a commitment to giving consumers more for their money. News Corp Chief Executive Robert Thomson is hoping that The Sun’s increased sports coverage will encourage online readers to pay £2, and John Cruickshank has promised “more videos, more liveblogs, more live chats and more breaking news.”

There may be no blanket formula for monetizing online news products, but investment in quality content is beginning to look like a solution to at least half of the problem.

As part of World Publishing Expo in Berlin, WAN-IFRA Academy is offering a pre-Expo workshop on paid content strategies for charging for digital and mobile content on 6 October in Berlin. In addition, two related German-language workshops on this topic will be offered on 24 September in Zurich, Switzerland, and on 30 October in Darmstadt, Germany.