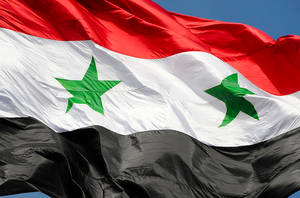 In an article on its website, the BBC reports that the “scale and detail” of the footage it has obtained means that it is unlikely the images are fakes, citing the opinion of chemical and biological weapons experts. Also quoted in the same BBC article is Syrian Information Minister Imran al-Zu’bi, who told Lebanon’s al-Mara TV channel that “the pictures […] were fabricated and the campaign was planned in advance.” Elsewhere on the BBC News website, photographs apparently showing the aftermath of a chemical weapons attack in the Ghouta region are used to compile a timeline of the event. Describing the images and photos as “unverified” the corporation nonetheless maintains that the amateur material posted to YouTube and Facebook “helps provide a fuller picture of what may have happened on the outskirts of Damascus in the small hours of Wednesday [21st] morning.”

Agence France-Presse walked a similar line as it picked over the question of how to present the images apparently documenting last week’s attack. AFP diffused the images, but accompanied then with the legal disclaimer: “Alternative source, the AFP is not responsible for any alteration of the editorial content of these images, their date or localization, which cannot be independently verified.” Yet according to French news site BFMTV.com, the AFP is “absolutely convinced of the authenticity of these photos.” Patrick Baz, Agence France-Presse’s photography director for the Middle East, explained to BFMTV.com that his office’s knowledge of the area and potential sources helps in the verification process.

The majority of the footage shared on social media sites was posted by the Shaam news agency, frequently described as the “Syrian opposition news network.” Although Baz is quoted by BFMTV as saying the war has become so atrocious that “there’s no longer any need to fool any one [with doctored photos],” a lack of independent sources in the country means news agencies need to be particularly vigilant in publishing photographic material.

In May 2012 the BBC was fooled into using the wrong photo to illustrate a news item on the massacre of Syrian children. The image, apparently received from a “citizen journalist” had in fact been taken nine years before in Iraq, following the fall of Saddam Hussein. Since 2011 foreign news organisations have been putting their operations in Syria on hold, as the dangers faced by journalists in the region escalated. Following the death in Syria of its war correspondent Marie Colvin, the Sunday Times announced that it would no longer accept and publish copy from the country “as we believe the dangers of operating there are too great,” Press Gazette reported.

While the subsequent dearth of objective reports poses difficulties for news agencies, Storyful’s Félim McLahon told WAN-IFRA that the sheer volume of photographic documents coming from Syria helps facilitate verification. “There’s not the same level of content with other stories. As a result it is often more difficult to establish a high degree of certainty.” In authenticating videos and photographs through its network of open sources, Storyful seeks to answer two key questions: where and when. Thanks to the wealth of footage from Syria, these questions are often more easily answered. McMahon revealed, before explaining that the process starts “by looking at Google Maps, or Bing” to spot local landmarks and compare footage purporting to come from the same area. Storyful’s Open Newsroom, developed through Google in the belief that “the best verification is always collaborative” then solicits input from a range of collaborators, including individuals based in Syria.

Asked about how certain Storyful could be that a photo was genuine, McMahon explained that as an essentially business-to-business service, the company provides media outlets with photos that have been subjected to extensive scrutiny. These clients are also informed of any reservations that the team may have as to the authenticity of the footage.

Certainty is an elusive quality in reporting on Syria. As AFP and the BBC’s precautions over the use of video footage shows, no matter how sure news agencies are over the accuracy of photographic “evidence,” past errors are encouraging them to tread carefully.