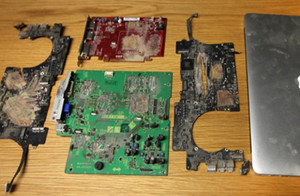 The nine-hour detention at Heathrow airport of Guardian journalist Glen Greenwald’s partner, David Miranda, exposes the need to revise terrorism legislation in order to defend against the erosion of the very civil liberties it was designed to protect. Using provisions to fight terrorism against something that is not a terrorism issue “brings the whole remit of the laws passed by parliament to address terrorism into disrepute,” as former Conservative prisons minister, Crispin Blunt rightly said in the wake of the scandal.

It goes without saying that Miranda was targeted precisely because he is the partner of the lead journalist working with leaked information supplied by former NSA contractor, Edward Snowden. If we are to believe UK authorities had a duty to act on suspicions Miranda was transporting secret data, the inference is that surveillance of private citizens, and those who report on it continues unabated. The message of intimidation was sent loud and clear.

The alternative, that police merely assumed Miranda was acting as a data-mule for his partner, proves his interception was carried out entirely on suspicion of association. In which case, Police unquestionably distorted the application of Schedule 7 of the UK Terrorism Act 2000 under which Miranda was detained.

The only use for Schedule 7 is for the purpose of determining whether a detained person is a terrorist. Under the Act, a terrorist is defined as ‘a person involved in committing, preparing or instigating acts of terrorism.’ David Miranda clearly does not fit the definition. Neither is Glen Greenwald listed on the latest FBI ‘Most Wanted Terrorists’ posting. And neither is journalism, or aiding journalistic activity, detailed on the US State Department’s list of Foreign Terrorist Organisations. UK Foreign Secretary William Hague’s claim that “law-abiding citizens… have nothing to fear” is as feckless as it was unlikely.

Lord Charles Falconer, one of the barristers who helped introduce the original Act, spoke out on the misuse of Schedule 7 in David Miranda’s case in a Guardian editorial published Wednesday. “Publication in the Guardian is not instigating terrorism,” he said.

“Schedule 7 does not contain a power to detain and question journalists simply because the state thinks they should not be able to publish material because of the damage publication might do, or because they do not approve of where the information came from. The state has exceeded its powers in this case. The sooner the courts make this clear, the better.”

Further damage to the fabric of British democracy and its press freedom standing came with simultaneous revelations made by the Guardian over direct government interference in its on-going publication of Snowden’s leaked NSA secrets.

Guardian editor Alan Rusbridger’s account of meetings with UK government officials reveals a blatant attempt to silence critical reporting in the UK press via legal mechanisms designed to bury information and control the story. Such behaviour is precisely what the international freedom of expression community campaigns against on a daily basis in the world’s worst countries for human rights abuses. That threats passed into action in the UK undermines confidence in the extent of Britain’s free and open democracy and severely weakens the ability of its press to operate unfettered.

“During one of these meetings,“ says Rusbridger in his editorial from Monday 19th August, “I asked directly whether the government would move to close down the Guardian’s reporting through a legal route – by going to court to force the surrender of the material on which we were working. The official confirmed that, in the absence of handover or destruction, this was indeed the government’s intention. Prior restraint, near impossible in the US, was now explicitly and imminently on the table in the UK.”

But for his organisation’s American franchise, Rusbridger would have been obliged to permanently jettison the data provided by Edward Snowden. Using pre-publication censorship the UK government has recourse to muzzle the press; by exercising prior restraint it can appeal to the English courts to prevent publication of sensitive information – regardless of whether there is a clear public interest argument.

Clearly there may be limits to disclosures deemed ‘in the public interest’. A voluntary code administered by the Defence, Press and Broadcasting Advisory Committee (DPBAC) operates as an advisory framework in the UK. Established in 1912 between government departments with responsibility for national security and the nation’s media, it provides a means of “preventing the press from publishing information that might be of value to a future enemy.”

The DPBAC uses a system of Defence Advisory (DA)-Notices to “prevent inadvertent public disclosure of information that would compromise UK military and intelligence operations and methods, or put at risk the safety of those involved in such operations, or lead to attacks that would damage the critical national infrastructure and/or endanger lives.” Writing in the Guardian, Simon Jenkins suggests the press – with some notable exceptions – has been “cowed” by the broadening application of the DA-Notice. “In the case of Snowden the D[A]-Notice has been used to warn editors off publishing material potentially embarrassing to politicians and the security services under the spurious claim that it “might give comfort to terrorists.”

The government’s intention to apply the law against the Guardian is a stark and worrying reminder of the lengths to which it feels necessary to go to protect itself from further exposure at the hands of the paper’s journalism. That such reporting is unveiling illegality, wrongdoing and abuse of power at the highest levels appears incidental. In a comedy of the absurd, GCHQ officials observed, photographed and recorded notes as the newspaper’s staff descended to the basement of the company’s London headquarters to destroy computer hard drives containing the top-secret information – in the full knowledge that copies existed outside of the country. Writing in Wednesday’s Guardian, Glen Greenwald derided the actions as “incompetently oppressive.”

Threatening to shut down the reporting of a media company, especially in today’s digital age, does nothing but set a dangerous precedent for future attempts to control the press. Even the White House distanced itself from the British government’s destruction of journalistic material, saying it found it “hard to imagine a situation where it would destroy a US media company’s servers.” In the US, journalism has the First Amendment to fall back upon whenever there is an attempt to violate the right to free speech. Britain desperately needs an equivalent piece of legislation if the independence of the press is to be protected and the public’s access to information defended.

Unsurprisingly, the desperate attempts to catch or silence Edward Snowden extend far beyond normal ‘legal’ recourse. For those in power, flouting the rules and being exposed for doing so has had few repercussions aside from stimulating ferocious public debate. Now even that is under threat, and UK democracy is worse off as a result.

The only good to have come from this sorry affair is the spotlight now illuminating Schedule 7, one of the UK’s most opaque anti-terror provisions that, until recently carried no public accountability. Originating from the 2000 Terrorism Act, the sanctioning of extra-judicial detentions is nothing new; data giving us any idea of the outcomes of the use of counter terrorism powers, their application and frequency certainly is – the Home Office included statistics on Schedule 7 for the first time in its statistical bulletin of 13 October 2011. Treading water in a grey area of speculation, where no justice can penetrate and security officials can ignore their own rules has been the unfortunate, hidden reality for unknown thousands of far lesser public figures entering the UK for over a decade. Perhaps Britain can now begin in earnest to dismantle the policies that were designed to keep people safe, yet that are eroding freedoms to an unprecedented level.