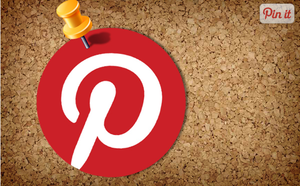 Social image-sharing site Pinterest has added new features to its service in response to the “growing number of journalists and media sites” using it, Poynter reports. Article “pins” have been redesigned to include more information, with headline, author, description and link, so that they are easier to save and organize. In a blog post announcing the changes Pinterest also encouraged readers to “create a Pinterest reading room” by installing the site’s Pin It button to their browsers and adding articles to read-later boards. Celebrity names including Arianna Huffington have already taken the step of creating pinboards documenting the articles that have caught their attention, while journalists like The Washington Post’s Tim Devaney publishes his articles across various pinboards according to topic.

These latest updates are part and parcel of the social networking site’s efforts to capitalise on its growing and diversifying user base. Launched in 2010, Pinterest was originally a favourite amongst a niche audience of hipsters and housewives. 2013 has seen an explosion in the number of ‘Pinners’ – this summer its user numbers hit 70 million and Pinterest, 45 percent of whom were located outside the USA.

Much of Pinterest’s popularity so far has been linked to the ease with which it allows users to share beautiful images, but the network is proving that it is as good with words as it is with pictures. More than 5 million articles are pinned on the site every day, and Buzzfeed founder Johna Peretti has revealed that Pinterest sends more traffic to his site than Twitter.

In addition, Pinterest’s dual status as social medium and “ideas-and-inspiration” site means it is capable of giving articles a longer life than a tweet or Facebook post, according to Venturebeat. Piqora, the marketing and analytics company whose clients include Pinterest, Instagram and Tumblr, reported that the long-tail Pinterest adds to articles means that it can continue to generate clicks for at least 30 days after publication.

Engaging with news content appears to be the hallmark of a successful social network seeking to stretch its boundaries. As more established social media groups like LinkedIn and Facebook are gaining a secure footing in information publishing, Pinterest is signalling that it is more than ready to take a leap away from the social media sidelines and compete with the heavy hitters. And it’s using journalism services to do so.