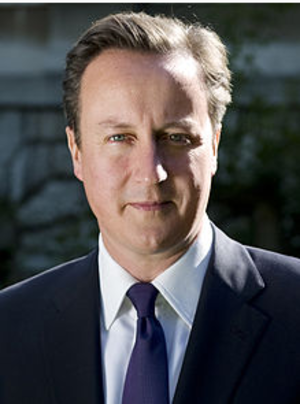 Calling on Nick Clegg and Ed Miliband to come to a compromise over press regulation, Mr Cameron told MPs:  “I am committed to the cross-party charter… We should progress it but it would be good if we could find some way for everyone to see that it would be better if you ended up with a cross-party charter that the press seek recognition with”. Finding a satisfying solution to meet the goals of politicians and news organisations alike has so far proven elusive.

The British political establishment’s proposals for a press regulator supported by royal charter were released this year after a great deal of wrangling. Under these plans an independent body would have only one representative from the news industry on its board, and would be tasked with directing apologies and defining their length and placement in a publication and addressing breaches of a new code of conduct, as the Guardian has outlined. Political tensions have been rife over delays to the cross-party charter’s appearance before the Privy Council, and in July deputy Prime Minister Nick Clegg was forced to restate his commitment to the project when quizzed on the matter by Opposition politicians.

Conflict amongst political parties isn’t the only obstacle facing the cross-party proposals, as WAN-IFRA has previously reported.

Key members of the UK news establishment have come together to create an alternative press regulation plan, which would replace the current Press Complaints Commission with the Independent Press Standards Organisation (Ipso). The driving forces behind this new regulatory body are Daily Mail publisher Associated News and News UK, the British branch of Rupert Murdoch’s publishing company News Corp.

Speaking to the Guardian, Paul Vickers, chairman of the industry group behind Ipso, revealed that it is hoped the new regulatory body will be in operation by early 2014.

However these proposals have failed to convince campaign groups, politicians and certain sectors of the press. Hacked Off, which “welcomed” the cross-party Royal Charter, firmly rejected Ipso as a viable solution to the issue. The Campaign group stated that the press’s decision to draft an alternative charter was nothing more than a “wrecking manoeuvre” designed to subvert the recommendations of the Leveson Inquiry into press ethics.

The Guardian, Financial Times and the Independent are also said to have reservations over Ipso, while David Cameron seemed to echo Hacked Off’s concerns. It is thought that the Prime Minister’s key objections to industry plans include the lack of independent appointments to Ipso’s board, insufficient importance given to apologies and the failure to establish an arbitration system.

Media journalist Roy Greenslade welcomed Mr Cameron’s call for compromise, believing that a compromise between the demands of groups like Hacked Off and the concerns of news media publishers. It is after all difficult to see how any regulatory guidelines could make a significant impact on news reporting if the industry is split by conflicting principles.

Visit WAN-IFRA’s special Press Freedom in the UK dossier to learn more about the industry’s reaction to press regulation and recent freedom of expression concerns.