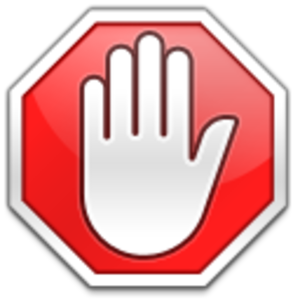 According to a newly published report by Pagefair “adblocking is threatening the business of online advertisers.” The same report goes on to state that at present the average rate of adblocking on 220 sites PageFair had surveyed stood at 22.7 percent, and would grow to the extent that virtually every site would appear without ads by 2018. As The New York Times points out, Pagefair is a company that offers businesses ways of circumnavigating adblock technology to “appeal to 100% of adblock users. As such, the company has an interest in overstating the threat of services that hide Internet advertising, but that doesn’t necessarily change the fact that consumers are increasingly seeking ways of bypassing online advertising altogether. In an email exchange with the NYT, Till Faida, one of the co-founders of the company that develops adblock technology, revealed that the program’s consumption rates were at an all-time high, downloaded 170,000 times per day.

For its part, the company Adblock – whose app was removed from Google’s Android app store earlier this year – has turned to crowdfunding to finance, somewhat ironically, an online advertising campaign. With 20 days still to go, the campaign has flown past its target of $25,000 to reach $54,786 in donations. Its next aim is to raise $150,000 to take out a full-page advertisement in the NYTimes. The enthusiasm with which online users have responded to the appeal suggests that demand is high amongst a certain section of consumers to do away with online advertising altogether.

Advertising Age’s Joe Marchese highlighted the trend for avoiding Internet advertising in a recent article, writing that “eventually the pain of too many ads, with too little value, reaches a point where it is a very easy choice for a consumer to pay for content rather than see ads.” Marchese cites Spotify and Netflix, amongst others, as media platforms that have succeeded in attracting paying customers through their offer of an ad-free service. Yet while in the case of Spotify et al consumers pay their way out of the advertising bind, Adblock provides an outside service for free, potentially leaving newspapers in the position of seeing their ad revenues in even greater difficulty.

That said, the rise of sponsored content and that (now) familiar figure of the paywall provide online revenue sources for a growing number of news outlets. Meanwhile, though the success of The New York Times’ metered model is well documented, the paper’s payment model nonetheless merits a mention in this context. Expectations that a business model that has worked on a paper as distinctive as the Times will transform the finances at other titles are best ignored. However, the Times’ ability to begin financing its operations through reader-based revenue as opposed to ads signals a shift in the long-held view that news content itself does not finance newspapers. While it may never produce as much revenue as the newspapers expected in the heyday of advertising, the monetization of content may, in the short term, provide a way of countering decreasing ad engagement.