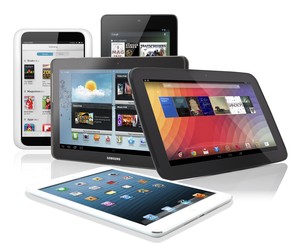 Earlier this week, Jacqueline Morino of Poynter published an article exploring the way that tablets, specifically, are affecting how journalists approach their work. Tablets differ from other digital media in their affect on journalism. With, for example, social media sites, information must be condensed and word limits are constrained, necessitating a short and snappy transmitting of messages. Tablets, however, give freedom for longer, more in-depth stories and, crucially, give the opportunity to include multimedia in long-form articles.

As Morino explains, sites such as The Atavist highlight the increasing interest in and the scope for multimedia long-form journalism. She notes that although seamless design and integration is key to The Atavist’s success, “the story comes first … Ratliffe [Evan Ratliffe, co-founder, CEO and editor of the site] said multimedia elements aren’t added unless a good argument can be made for why they enhance the storytelling.”

While Jon Bernstein writing for Press Gazette in May was not wrong when he argued that iPhones (and other mobile devices) haven’t particularly affected the way journalists write in terms of the writing style itself, the merging of text and multimedia could be seen as a new form of journalism altogether. Reports such as ‘Snow Fall: The Avalanche at Tunnel Creek’, which won the 2013 Pulitzer Prize for feature writing, represents an impressive development in the nature of long-form reporting. Criticisms of the piece, however, certainly have some grounding and raise important questions about the nature of long-form journalism and whether multimedia can become a distraction from the text itself.

These changes in the ways articles are formed and presented are inseparable from the changes in the ways that readers consume the information presented to them. Much study is going into how we focus on what we read and see; Linda Stone coined the term “continued partial attention,” which describes how many of us use our attention today. “It is motivated by the desire to be a LIVE node on the network. Another way of saying this is that we want to connect and be connect.” This mode of attention focus influences, and is influenced by, the way that we read and compute information. Mario García, the newspaper and magazine designer and media consultant who is speaking at WAN-IFRA’s Tablet & App Summit as well as the Newsroom Summit during World Publishing Expo next week, argues that this “continued partial attention” is “at the core of what we need to understand” when designing for mobile user’s and today’s “easily distracted readers.”

Research has been carried out to better understand how we read; Poynter’s various Eyetrack Studies over the past 20+ years have shown that we are scanner readers. Photos and images attract our attention first, and our eyes then travel to dominant headlines, then to teasers and cut lines, and we look at text last of all. And it’s not just the order in which we look at different types of information, but the amount of time we give to it – with text being read the least and photos or images being looked at the most. García believes this is “at the heart of […] the way we need to look at information processing today.”

There is evidence to prove that reading text on paper as opposed to text on a screen “still boasts unique advantages,” and it appears that a lot of people prefer reading on paper when they want to get into a text, and “understand it with clarity.” However, in terms of our daily consumption of news, which we access online throughout the day, the development of multimedia long form journalism cleverly taps into our rapid scanning reading method, merging developed and informative text with images and video, which both focus our attention and reinforce the message of the article.