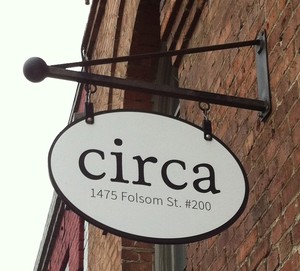 “News is still written for print and web,” says Matt Galligan, CEO and co-founder of Circa, as we drop by their main hub in San Francisco. Indeed, the company was born out of his frustration with the fact that 55 percent of people in US read news on smartphones but, by his own estimate, 0 percent of news is written for mobile first.

When Galligan says “news,” he means breaking news. And the problem he sees with print and web is that every update to a story requires rewriting the summary of all the information we have already. Even if the new info is at the top of the story, it’s not clear where the “new news” finishes and the “old news” begins.

Circa’s solution is to explode each story into a set of assiduously sourced data points, produced by professional journalists but sticking to the key updates. This means a story might consist of 6-8 data points where the earlier data points will never change. As Galligan says, “This has a dramatic impact on how much we can produce.”

Users can subscribe to story threads and stay up to date with short staccato news bites that are perfect for mobile consumption. In short, they want to be the early, disruptive CNN of written news journalism.

The office is a typical, albeit sophisticated, startup space. It’s open plan with brick walls and high ceilings, and there’s some kind of mechano / lego mindstorm kit lying on one desk. The wall is dominated by screens showing analytics of story uptake and clocks show the time in their different offices across the world, often just a single editor or journalist.

There is a feeling that these guys have been given the money, space and time to innovate. And as the loss making Twitter surges towards to an IPO, perhaps they are right in seeing monetisation as a later question. But we asked anyway.

“Where is the advertising?” enquired the publisher beside me within 15 minutes of arriving. In short, there is none. Galligan does not envisage any banner or inline advertising but is open to Flipboard style full-page takeovers or native advertising, more in the mold of BuzzFeed than Forbes.

In fact, it could be they follow the BuzzFeed model further and licence their workflow and CMS tools, with a new version due out in next week or so.

Two key points to take away

This visit was part of our WAN-IFRA Strictly Digital Study Tour to Silicon Valley.