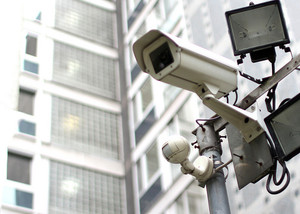 Journalists are bound by ethics to respect privacy in certain scenarios – not publishing the name of a minor, or withholding graphic images of a traumatic event. On the other hand, the journalist’s goal is to bust open secrets and expose injustice. To make things more complicated, the line between secrecy and privacy becomes more blurred when it comes to the government.

Jameel Jaffer, deputy legal director for the American Civil Liberties Union (ACLU), told The Guardian, “I think everybody agrees that the government has legitimate secrets and has a legitimate interest in protecting those secrets, but at the same time, the public has an interest in knowing about government misconduct and about knowing what the government’s policies are.”

So the challenge posed to the media today is to find a balance between the two extremes. The actions by the NSA were seen by many as a clear invasion of privacy, and the government’s secrecy about the operations was something journalists felt they had to expose. But from here, journalists may be less inclined to accept that the government needs its privacy.

For example, during Obama’s recent talks on nuclear policy in Iran, The Guardian reports, “The Obama administration asked journalists not to publish details they had uncovered of the secret diplomacy until the Geneva talks were over for fear of derailing them. The Associated Press and a Washington-based news website, Al-Monitor, finally did so on Sunday.”

This is an instance where privacy and secrecy are hard to define. The talks do not affect the people as directly as the NSA scandal did, and it is possible that some harm could come from reporting. These reporters had to believe that this was a matter of real privacy, and wait to report on it.

But as Jaffer says, it’s getting harder for the journalists to trust the government. He told The Guardian, “I think we have gone too far in one direction, and where we now have such blanket secrecy around these government security policies, we can’t say that they have any democratic legitimacy at all.”

According to Noah Fieldman of The New York Times, however, government secrecy is a necessary evil. He writes, “There are many circumstances in which secrets are critical… whether to negotiate with Iran is an important topic of debate, but the actual negotiation, and even the steps leading up to it, cannot successfully be conducted under the glare of public scrutiny. Neither side would take the risks necessary for real engagement as long as its high-risk efforts could be exposed to denunciation and ridicule if it failed.”

So the difference between secrecy and privacy appears to be mostly circumstantial.   The difficult part for journalists is what call to make when a story presents itself. They will have to weigh the possible outcomes of the story, and whether the public is immediately affected by what is happening, and possibly take the government’s words with a grain of salt given its recent history.

Secrecy and privacy may seem impossible to differentiate when it comes to the government, but one can usually distinguish them by motivation. Why did the government cover up the NSA operations? Why would Obama want the press to wait on releasing coverage of the secret Iran talks?

The reasoning behind all the hushed politics is where journalists can look to decide whether a story needs to be written. These motivations mark the line between privacy and secrecy.