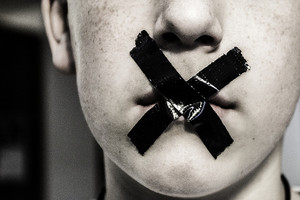 Update: On Wednesday, Kenya’s President Uhuru Kenyatta vetoed the legislation and sent it back to Parliament, saying aspects needed to change before he could sign off on it. According to the Times of South Africa, a presidential statement said, “Many provisions of the Bill go against the constitutional requirement that the tribunal proposed should be independent of commercial, political and government interests.”

The veto of the bill means it will not be passed as is, but the legislation is still alive, making the rounds in Parliament again. While Kenyatta says he will not do anything to gag the press, the bills still pose a threat to free speech in Kenya.

Earlier this month, parliament signed off on one of a new set of laws that would dramatically affect both news outlets and journalists themselves. If enacted, the legislation would regulate the press, allowing the government to fine media organizations up to $250,000 a month, a significant sum for any group in Kenya.

The laws would also allow the government to fine journalists up to $12,000 and bar them from practicing again. Another law looks to regulate the involvement of NGOs in the region, limiting their reach and capping the funds that Kenyans can receive.

Kenyan journalists believe these laws are meant to censor the growing press in the region. The Christian Science Monitor reports that David Ohito, a sub-editor at Kenya’s Daily Nation said, “The law will have serious implications on the operations of media houses and individual journalists. It has the ability to shut down even some of the largest media houses here. I am not sure which media house would survive if it is slapped with 10 fines.”

These laws could be devastating to investigative journalism. If media outlets feel threatened, then they will be less likely to take the risk on publishing something controversial.

The laws came in the wake of the Westgate Mall attack, where Kenyan police battled shooters for three days in a Nairobi mall. The police were critical of the media coverage, saying they were wrongly portrayed. The criticism came mostly in response to KTN Television, which reported surveillance videos of Kenyan soldiers looting stores after the battle was over.

CPJ reported that in a press conference, Inspector General of the Police David Kimaiyo said the reporters were “provoking propaganda.”

“If you are one of the people in KTN carrying out such offences, we cannot fail to come for you, we will deal with you firmly,” he added.

Earlier this month, WAN-IFRA sent a letter to President Uhuru Kenyatta protesting the proposed legislation. The organization raised its concern over the effects the laws could have on the country’s growing free press.

Last week, Article 19 called the laws, “an assault on freedom of expression.” To protest, the group held a “Thunderclap,” a unified social media blast that was posted by over 100 people.

For now, while media professionals wait for all the laws to be reviewed and voted on in parliament, they coninue to rally against them. In The Guardian, Tom Rhodes, the east Afrca representative for the Committee to Protect Journalists said, “The stronger the press gets in east Africa, the more independent and more critical journalists become, the more authorities rely on these laws to counter these advancements.”