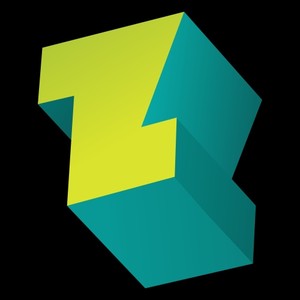 This year’s Youth Engagement Summit, set for 2 to 4 December in Warsaw, Poland, is dedicated to “helping newspapers and news publishers encourage a new generation to identify, understand and appreciate credible, quality journalism in the sea of information that characterises today’s world.”

Shortly before the summit, De Haan answered a few questions about the creation of MijnZ and what lies in store in the next few years for the project.

WAN-IFRA: How was the idea for this website conceived?

De Haan: The idea was conceived after a research from Dutch professor Nico Drok of Hogeschool Windesheim in Zwolle. His research showed that young people definitely are interested in local news and backgrounds, but couldn’t find it in the traditional media. Together with De Stentor the idea was born to give those young the news platform they said they want. MijnZ started in March 2011: the content is made by journalism students of Hogeschool Windesheim. They work from the regional newsroom of De Stentor.

What has the response to MijnZ been like from readers?

Different, but increasingly positive. MijnZ gives the young a mix of news, backgrounds and entertainment. We have had successes with multiple stories, especially when it was news made by MijnZ itself and participating/campaign-journalism, also 911-news is read well.

How does this program work towards encouraging youth to consume news?/ How does it spark the interest of youth?

MijnZ provides news for the young by the young. The tone of voice is different from the tone of voice of traditional media: more spoken-language style and looser. This sparks the interest of the news, as well as the topics that are chosen. MijnZ tries to interact strongly with her audience, by social media like Twitter and Facebook, but also by platform.

How is this approach more successful than what traditional media has been doing to engage youth?

Traditional media are more conservative in bringing the news. Instead of being part of the society, they write about society. MijnZ not only writes about society but is also part of the young culture. That is the idea. This policy makes MijnZ much more a “partner” for the young than traditional media, although MijnZ has still a long way to go to optimise this policy.

Can you tell me more about what the digital news team in Zwolle does on an everyday basis?

The journalism students of MijnZ make about 10 news items a day, cross medially. This content is more or less 60 percent news, 30 percent background to the news and 10 percent entertainment. They actively use social media in their coverage in the news.

What are you goals for MijnZ in the next few years?

Building MijnZ to be THE newsplatform for the young in the city Zwolle. Choose a multy-channel approach: not only digital platforms but also print – like magazines. Eventually also events are part of the future, like master classes for young. In the most ideal case, we could copy MijnZ to other student-city’s in Holland, with their own local content.