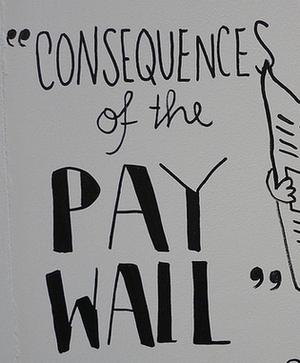 Matter, a new media start-up that launched a year ago decided to drop its paywalls last week in an effort to increase its readership. The new venture tailored to long-from investigative writing about science and technology was widely favoured when it began. It was one of the most highly funded media projects on the crowd-funding website Kickstarter with its tagline, “The world is full of big stories. We don’t want them to go missing” – pulling in more than $140,000.

But since its launch, Matter has had many problems building a strong following. Mathew Ingram, in a recent article for GigaOm, pointed out that the reason for this is that paywalls just don’t work well for a new venture such as Matter.

When it began, Matter had a “hard” paywall – you had to be a subscriber to access an article. Readers could pay 99 cents to read the story online or as a Kindle e-book, or subscribe monthly for the same price.

But the paywall proved to be damaging to the company’s readership. In an article published on Medium, which acquired Matter in April, co-founder Bobbie Johnson stated, “people have low tolerance for barriers – of any sort.”

The paywall reduced Matter’s visibility on the web, and therefore its ability to attract new readers. As Jim Giles, co-founder of Matter, told Poynter’s Anna Li, “It was difficult for people to grasp the type of content Matter published if they couldn’t see it, and they wouldn’t pay unless they could sample that content first.”

Ingram also pointed out that Matter is not the only new-media start-up to drop its paywall: NSFW Corp., founded by former TechCrunch writer Paul Carr has also recently dropped its paywall. Carr told Ingram that although the site received more than 6,000 paying subscribers it wasn’t enough to keep the company afloat.

Although Matter has announced that it will move permanently to the Medium publishing platform and abandon its original website, it will continue to operate as an independent unit inside Medium.