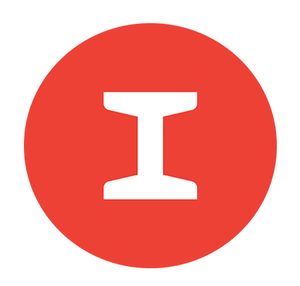 “Technology needs a reboot,” said Lessin in her letter from the editor on the announcement. She left The Wall Street Journal this past summer to form her own publication focused on, “writing for readers we think are underserved: professionals in technology and in industries being upended by it.”

The announcement of a new website with a paywall comes as a bit of a shock as other brand new media ventures have tried similar paywall models and failed.

Lessin plans to implement a hard paywall because she believes ads do not align with her business strategy: “instead of chasing the highest number of eyeballs, we will chase and deliver the most valuable news,” she said.

Despite the risks of being a new entity with a firm paywall, Lessin believes this venture will work – because her audience-base, people working in the tech industry, are willing to pay for the information she can provide.

She told DigiDay’s John McDermott in an interview, “We wanted it to be priced for our audience, which is professionals who are accustomed to paying for information that helps them get ahead in business.”

In an article for Gigaom, Mathew Ingram pointed out that other new-media startups have had problems with a hard paywall due to their failure to attract new readers. But Lessin expects other news sites such as Business Insider to aggregate her content –which she views as a positive rather than a negative as it could play an important role in getting The Information’s name out.

“What would happen pretty consistently at the Journal was that if there was news, someone would aggregate it and then link back to us, and I think that’s an important part of the ecosystem,” she said.

Lessin referenced other publications that have been successful in focusing on a specific audience – such as Grant’s Interest Rate Observer. As she told Ingram, “If you’re out of finance you’ve never heard of it, but if you work in finance you just say Grant’s and peoples eyes light up.”

Nicholas Carlson, in an article for Business Insider, pointed out that because The Information is such a small company – with a full time reporting staff of just five – it only needs about 1,800 annual subscribers to have a profitable business.

Lessin’s current plan for The Information is to keep the company small and publish only one or two pieces of new content on a daily basis, focusing the publication on feature-length pieces that provide valuable information.

“We’ve set the bar high,” she said. “To succeed, we need to write articles that deliver value worth paying for. That’s why we’re a subscription publication.”