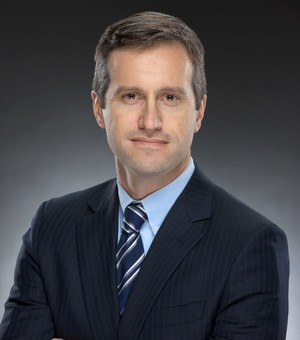 Matt Lindsay is one of the speakers at WAN-IFRA’s Digital Media Europe 2014 (7-9 April, in London). He is also the president of Mather Economics, which specialises in revenue analysis and pricing strategies for subscriptions and advertising in both print and digital. Such is the company’s success that it now manages more than $2 billion in revenue for clients across the U.S., Europe, and Asia including such names as The New York Times, The Los Angeles Times, The Miami Herald, USA Today, and Gannett. We talked with him about why so many big names are turning to economists to ensure their future, and what news publishers are doing right… and wrong.

An economist is probably not the first person you would think of turning to when times are tough in the news publishing business. The first reaction of many media companies might be to appeal to either the accountants or the technology specialists. Lindsay would argue that this ignores the importance and scale of publishing’s impact.

More importantly, he suggests that publishers’ attitudes to economics and the art of money may even be stopping them from turning the profits they deserve.

“Over the years, the publishers I talk to often seem to feel that the business of monetising the press tarnishes its higher purpose. I would reply that you perform a vital role in the free economy but that means you must continue and be open to different ways of making money. That might mean lighter content or different payment models, but many were quick to put all the content out for free to make it available and that’s a mindset that needs to be adapted.” In short, the early panic to publish everything for free may have been more than missing out on a revenue opportunity – it may be part and parcel of an attitude that is not well adapted to making money.

“Twelve years ago we started on targeted subscription pricing; charging different amounts for different customer segments. For a long time that was seen as blasphemy, and it was felt that you shouldn’t charge wealthy customers more,” he says.

Lindsay is a keen proponent of flexible pricing based on detailed analysis of users and usage patterns. For those who are still uncomfortable with charging different prices for the product, his response is: “I would say it’s really about charging less wealthy customers less money – so as not to price them out of your product.”

He also points out that the debate about “to paywall or not to paywall” oversimplifies the issue. One of the most compelling points in his presentation comes from close analysis of exactly what and how paying customers go on to consume.

“It’s based partly on data-driven discovery; the great thing about digital is that we can observe exactly what people are doing with the product, and often people hitting the paywall are using their entire allotment of content on one or two products that they are passionate about,” he says.

The most engaged 10 percent

While praising the paywall as a positive move he insists it is only a first step: “I am encouraged by what we are seeing; when people put up a paywall they [typically] get 10 percent of their audience to buy the subscription over a period of time. If you look at those, they are the most engaged and what you then get is a lot of innovation about getting the more marginal customers to subscribe. That means a lot of new acquisition offers and incentives to pay.”

One of the building blocks to Lindsay’s strategy is to identify exactly what those products are that consumers home in on and then get creative about how to sell them, and how to use them to sell further products.

News as a loss leader?

“I think the paywall was a good first step and necessitated by the need for both action and revenue, but it reminds me of the music industry when they first put albums online and then found that what people really wanted were the individual songs,” he says. “The next step is that publishers will sell portions of their content in specialised product packages. News will be the loss-leader that builds the brand and they will use that to boost restaurant reviews, or books, or whatever.”

Journalists and publishers alike tend to shrink at that suggestion, in the fear that close analysis will confirm that quality content does not pull the biggest audiences. Worse – there is the fear that this will then trigger a race to the bottom – leaving news trailing in the wake of celebrity stories and scandals.

To which Lindsay replies that “of course there is some cynicism, but newspapers have the ability to do what pay TV has done, which is to create bundles. With TV you can’t buy just a channel; you have to buy others with your sports or entertainment.  Newspapers will have the essential channels and can offer them in bundles and continue to add news to other content topics. With online, one of the great things is that the market is so vast that even small percentages of it are interesting for specialisation – and for the higher end pricing of specialised content.”

He goes on to cite publications such as Canada’s The Globe and Mail and the Toronto Star, which are using close analysis to spin off tailored products both on and offline. Close analysis is so important to accurate economic analysis that Mather Economics is even rolling out its own analytical tools rather than rely on existing services. The idea is to move on from crude metrics like click rates, page views, and UVs, instead building on them with far more sophisticated detailed metrics about precise behaviour such as time and duration of engagement, demographics, and profiling.

Airline ticketing – the same but different

All this might sound like just more data for the technologists, but to Lindsay this is a rich vein to be mined for better pricing and better returns.

“Take a look at the idea of dynamic rate cards. When it comes to dynamic rate card approaches other industries have made more complex changes. Look at airlines and their reservation systems which enable them to know just how many seats they have and how they should raise or lower prices to sell all seats prior to departure.”

There is an oft-told truism that if you asked everyone on a plane what price they paid you would find wild variation even in the same class of travel. Lindsay’s point is that newspapers could and should be doing the same – but with a killer difference:

“Newspapers are starting to go down that road, but with the advantage that they can control supply and demand by virtue of paywall and metering. That can be very open or they can restrict the inventory so it the equivalent of the airline making the plane bigger or smaller depending on demand.”

An approach that delivers more of what customers want with consequently higher rewards for the publisher? Who can afford to not listen to that?