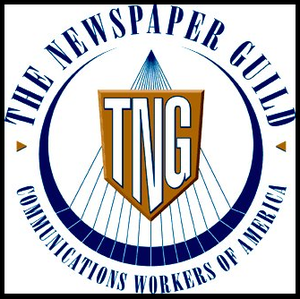 The Newspaper Guild of Greater Philadelphia and an unnamed partner are planning to launching a bid for The Philadelphia Inquirer, Philadelphia Daily News, and Philly.com, according to The Associated Press.

On Monday, the Newspaper Guild filed a “Petition to Intervene with Court of Common Pleas in Philadelphia,” according to a post on the guild’s website.

In the post, the guild states: “Given the instability of the newspaper organization over the past decade and experience with a prior private auction (which has led to the current demise of the company), the Guild believes that the best way to protect the viability of the Inquirer, Daily News and Philly.com and to provide stability to its members (IGM employees), is through a fair and impartial auction, in which the Guild is permitted to participate as a bidder or potential purchaser.”

The reason for the joint bid stems from years of drama and instability dating back to 2006. Between 2006 and 2012, ownership of the two newspapers changed five times. The saga ended briefly when in 2012, George Norcross, an insurance executive, and Lewis Katz, a former professional sports team owner, led a bid along with other local Philadelphia investors to purchase the newspapers from hedge fund owners. The purchase price was a fraction of the $515 million the newspapers were bought for in 2006.

As part of the agreement, $6 million in concessions were made by the Newspaper Guild in exchange for an undetermined share of profits if the company became profitable by 2014, the AP said. The guild fears that, with ownership again on unstable ground, its members will not see those rewards.