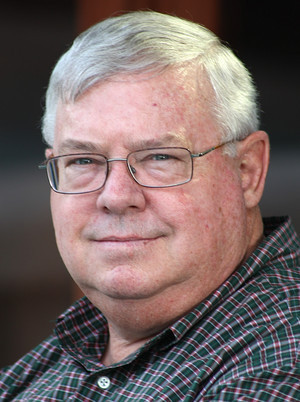 WAN-IFRA: What signs in the industry give cause for optimism in 2014 and why?

Rick Edmonds: Newspapers have stabilised somewhat, and I look for more of the same in 2014. Unfortunately, print advertising losses proceed at about the same rate (7-10 percent) year after year. Digital ad growth, higher circulation revenue, and other activities make up a little more of that gap each year – but not all of it.

A key question for 2014: Are the revenue gains from higher subscription prices, new digital subscriptions and print-plus-digital bundles a one-time event? The hope is that as paywalls mature, new pricing strategies or product refinements will keep the revenue momentum going. The vicious cycle of huge advertising inventory at non-news sites and falling basic prices has stopped digital ad revenue growth at some newspaper organizations, so that makes gaining ground harder. Developing better targeting, native/sponsored ads and pre-roll video ads – all of which command premium rates compared to plain vanilla banners – will be critical.

Much of the focus in 2014 will be on growing revenue in the category called “other sources.” Events, newsletters, e-books, digital marketing services to local businesses, contract printing and others contribute revenue without any one being a game-saver. Part of the work ahead is figuring which of those sources are truly profitable, which capitalize on the news brand/franchise, and which are chasing revenue in places that competitors reached first and still have a strategic advantage. You should “never say never” on direct commerce, for instance, but the stores themselves and the Amazons of the world have scale and a huge head start.

What do the cutbacks at Freedom Communications signal for the industry?

Encouraging as the Orange County Register experiment has been for print enthusiasts, it always seemed a little improbable that a guy from outside the industry saw a great way forward everyone else was missing. The cutbacks, combined with other signs of financial strain at Freedom, seem to show that bold print expansion is no panacea. And moving on to your neighbor’s turf – in Long Beach, let alone Los Angeles – is an expensive strategy with a slow payoff. So I see more trouble ahead.

The moral of the story is NOT that print is dead. In fact, bolstering print, slowing audience and ad-revenue decline to the extent possible, remains an important priority. But the approach needs to be more measured than Freedom’s and combined with sustained work on the digital side.

Will 2014 be the year in which publishers finally get a grasp on mobile and begin earning serious revenues from it? Why or why not?

I wish I could say yes or even maybe, but I think not. A publisher friend sent me this joke that has been making the rounds: “2013 was the year that mobile ad revenues went from infinitesimal to insignificant.” Of course we know that mobile audiences will continue to soar. Top newspaper organizations will continue to perfect offerings that get both display and content right (which is not so easy, by the way). And mobile advertising will grow again in very healthy fashion. But the digital big guys, shopping apps and the like will get the lion’s share of that growth again. Even more than on the desktop web, advertising and news content are not a logical and necessary pairing.

Will sponsored content develop into a significant revenue source in 2014?

As in other matters, the industry comes to the party a little late. Digital start-ups like BuzzFeed or magazines like Forbes and Atlantic may be the better match for this kind of message. I do think there is a worthwhile revenue opportunity there for 2014, and newspaper organizations will scramble to pursue it. I do wonder whether there will be a glut of this stuff before long and whether consumers will tire of it.

In the age of Twitter and of content-sharing agreements among publishers, what is the role of wire services today?

Twitter and content sharing are important new elements in the mix, but I don’t see them displacing the wire services. Yes, a few Tribune Co. papers and others have canceled the Associated Press service, but most still find value there. In addition, AP has picked up clients in the new media sector like Huff Post and Politico. I was also surprised to learn that AP now has an executive whose job includes facilitating content partnerships among affiliates outside the structure of the traditional wire. One to watch: As Gannett rolls out a condensed edition of USA Today to most of its 80 community newspapers, could that be a prelude to cutting back or eliminating the wires?