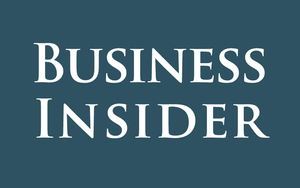 Henry Blodget, founder, editor and CEO of Business Insider confirmed the news in one tweet, writing in another tweet that he was “stoked” about the enterprise. The move comes following a recent bout of expansion, with partnerships being launched in India, Australia and China. The UK move, however, would be the first where no local partnership was sought.

Julie Hansen, the president of Business Insider, is reported as saying to Politico last March that they were “taking on the rest of the world.” The funds for that expansion might have in part followed shortly after her announcement when Amazon Founder Jeff Bezos invested US$ 5 million in Business Insider, just months before his purchase of The Washington Post.

Business Insider is not the only American online outlet to have established a site in the UK. The Huffington Post set up their UK edition in 2011 and BuzzFeed last year. Digiday quote the company’s president explaining the trend, “It obviously makes sense to start where people are already reading us in English.”

Digiday report that the site is to launch in late summer or autumn.