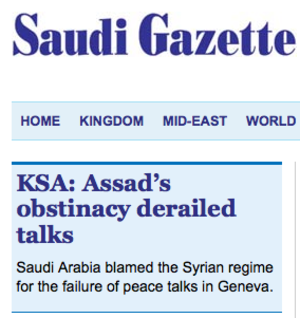 Somayya Jabarti is the new editor of the English-language daily Saudi Gazette based in Jeddah.

“There’s a crack that has been made in the glass ceiling. And I’m hoping it will be made into a door,” Jabarti told Al Arabiya News.

“Being the first Saudi woman [editor-in-chief] is going to be double the responsibility … One’s actions will reflect upon my fellow Saudi women,” Jabarti said, as she assumed her new role.

While only three of Saudi Gazette’s 17 reporters are male, men dominate the paper’s senior editorial positions.