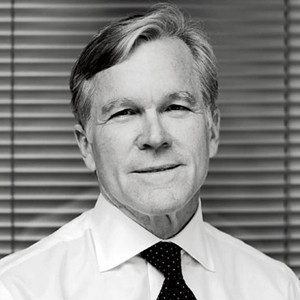 I don’t think there’s a financial model that, per se, guarantees the independence of journalists or the quality of their work. Journalistic integrity can flourish or suffocate under any of the major business models. Journalists supported by advertisers may — and at our best news organizations generally do — operate independently of advertiser interests; less conscientious publishers may bend to avoid offending advertisers. Journalists who depend on subscribers are presumably free of corporate or special-interest influence, but they may be tempted to pander to conventional wisdom or indulge in sensationalism, which is another kind of corruption. Wealthy philanthropists may underwrite genuinely independent journalism (see the Sandler family’s philanthropic investment in the excellent ProPublica, an example of editorial independence we aim to follow at The Marshall Project). But some rich benefactors may see their media creations as tools of influence. The history of our craft is rich with examples of all the above.

The independence of journalists, it seems to me, depends more on a few other factors that have been largely overlooked in this discussion. One is a culture that celebrates and defends editorial autonomy, as a matter of pride or as an essential value of the brand. At The New York Times, to pick the place I know best, the independence of the newsroom is not only embedded in the DNA, it is an essential part of what the company sells to its readers. Which is why, on occasions when the paper has slipped up, it has been sharply criticized from within and without, and has worked hard to restore trust. (That’s why The Times and other papers have ombudsmen or public editors: to protect the brand.) A second factor is the courage and integrity of the individual journalist.

Glenn Greenwald and I have had our differences over the practice of journalism, but I find it hard to imagine anyone, including his benefactor/publisher Pierre Omidyar, tells him what to write. A third factor that contributes to journalistic independence is a diversity of funding. To be sure, single sponsors of journalism have launched some great and honorable ventures. But common sense suggests that it is preferable to draw sustenance from many sources, in order to dilute the potential influence of any one. Thus, in an advertising model it’s generally better to have a thousand advertisers than a single big sponsor, and in a philanthropic model it’s better to have a hundred donors than one.  And a fourth factor is transparency. Disclosure of financial arrangements and interests and relationships increases accountability and, in effect, enlists the public as a force for journalistic independence. Which is why it’s useful that Pando et al have raised the question of Pierre Omidyar’s causes.

But raising the question is not the same as answering it. I’m in the midst of my own transition so I haven’t followed this dispute all that closely, but I’m a little puzzled by the assumption that Omidyar’s support (freely disclosed) for pro-democracy groups in Ukraine is somehow unethical or hypocritical, inconsistent with his stated mission of holding the government’s feet to the fire. I don’t see why Omidyar can’t underwrite efforts to keep the US government accountable (First Look) while occasionally finding common purpose with the US government. Is the argument that if you take an adversarial posture towards the government you are obliged to disagree with them about EVERYTHING?

Bio: Bill Keller is the first editor-in-chief of The Marshall Project, a new journalistic startup focused on the American criminal justice system. He spent 30 years as a correspondent, editor and columnist for The New York Times, including eight years as executive editor