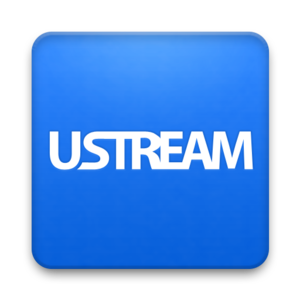 Ustream’s Victoria Levy emphasises the rise in importance of livestreaming that the crisis has shown, stating “Ukraine has been very eye opening, though, especially in regards to the large amounts of viewership the individual channels have drawn from around the world.”

UStream has had a pivotal role in live video coverage of the ongoing Ukraine crisis. Through its charity arm Ustream for Change, Ustream has supported livestreams technically in Ukraine (as a livestreamer attested here) and giving them an international platform.

Earlier in the Reporting Kiev series, we interviewed Tim Vasiliev, a livestreamer from Ukraine. He explained that his organisation, UkrStream, aimed to contend with the problem of content reliability by simply presenting what was happening live and unmediated. “(The) main idea of our website – is to show events without comments, so people can judge… themselves what they have seen.” Vasiliev spelt out.  “It helps us to be mostly unbiased.”

But for Ukrainian journalists to produce these livestreams they need support. Vasiliev noted, “Ustream, for example, didn’t charge us when we reached overhead of views in our plan and it was extremely large and necessary help for us.”

We spoke to Ustream’s Victoria Levy to find out what information they were receiving from Ukraine and how they were engaged with the situation.

WAN-IFRA: How many feeds has Ustream been running from Ukraine? What’s the volume of content been?

Victoria Levy: We’ve had countless streams coming out of Ukraine. An easy way to see many of them is to look here.

Three of our most popular channels include Euromadjan, Spilno-tv, and Aronets, which have had 29, 20.2 and 9.5 million views respectively.

WAN-IFRA: How much help have Ustream and the new charity foundation been providing to protestors in Ukraine?

VL: Ustream for Change has donated nearly $900,000 of in-kind support to three user groups, including Splino.tv, in support of the Ukranian democracy movement.

Splino. tv is (run) by a nimble organization, but has already attracted 20MM+ viewers and 40k volunteers in support of their movement. We talked to one of their members several weeks ago, and he said that they are also widening their efforts across multiple social means. The goal is to create a social hub, which Ustream will be a centerpiece of.

WAN-IFRA: How do your live feeds interact with traditional media content?

VL: Often times, traditional media will use footage from citizen journalists that are utilizing our platform. For example, the Canadian Press integrated one of our broadcaster’s streams in a news story today.

WAN-IFRA: Has Ukraine been a watershed moment for Livestreaming services? If yes, how has this played out?

VL: Citizen journalism has always been a large part of live video streaming, especially through the use of mobile. Ukraine has been very eye opening though especially in regards to the large amounts of viewership the individual channels have drawn from around the world.

You can read the first instalment of Reporting Kiev here, and the second here.