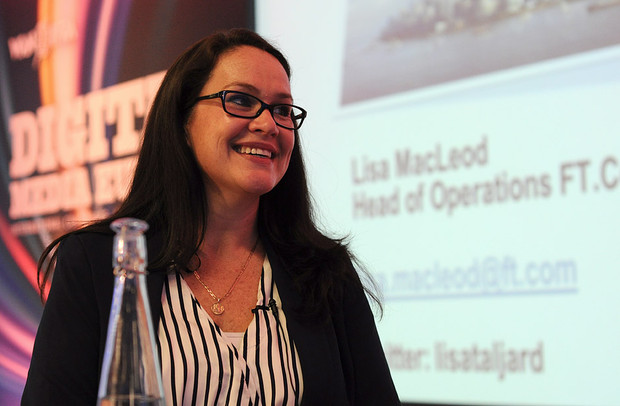 “I have been at the FT for 11 years,” she told participants at WAN-IFRA’s Digital Media Europe event in London. “The FT is 126 years old. I’ve seen more change in the last 10 years than we did in the first 116. It’s been fast, fascinating, challenging and exciting.”

MacLeod said the FT now has 200,000 more digital subscriptions than print, and mobile is playing a big part of that trend.

“The rise of mobile traffic and content makes us wonder about what will happen with desktop,” she said. “In many parts of the world, they will never, never experience the desktop, instead they are or will access their content via mobile.”

She said mobile creates numerous challenges, such as trying to deliver the same content to all the different devices.

“You can thank tablets and mobiles for the changing consumption patterns which have created a big challenge of resourcing and content distribution. We had to rethink our content planning, scheduling and distribution of our content.”

Getting around the App Store

FT chose to go to an HTML5 app and came out of the Apple Store to get around Apple’s new conditions and to own direct consumer relations, both B2B and B2C, she said. It has resulted in 4 million users on the HTML5 app, much more than we had on the previous native app.

FT’s technology strategy is now centred on a “Universal Publishing” concept. This means, she said:

Advertising on mobile: the challenges

Some of the challenges, she said, the FT and others face with mobile advertising include:

Banking on mobile advertising: some relief

She said there is good news as well, including: