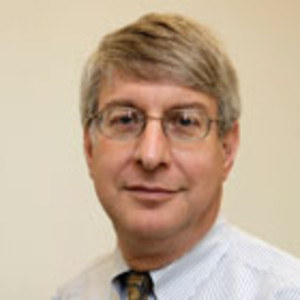 The Online News Association (ONA) is currently working on developing a kit to help news organisations and journalists develop ethics codes that reflect their own values. Kent, the Deputy Managing Editor and Standards Editor of The Associated Press (AP), is leading the effort, which he will be discussing during a session at the World Newspaper Congress and World Editors Forum on 10 June in Torino, Italy. Kent told us how the project came about and how it is developing in an email interview.

WAN-IFRA: When and how did you begin working with the Online News Association on an online ethics kit?

Tom Kent: The project came out of a crowdsourcing effort at the October 2013 ONA convention, aimed at identifying how ONA could be most useful in journalistic ethics. We had about 200 people in the room, discussing a variety of projects. Among those that emerged was the idea of a “do-it-yourself ethics code.” The idea is that no one ethics code can satisfy every news organisation, startup, blogger and individual journalist.

At the same time, we all agree on a few fundamental things. Our project is aimed at identifying these absolute fundamentals, and then listing other areas where honest journalists can disagree and presenting arguments on various sides of these questions. The goal is to help journalists and news orgs create broad, complete ethics codes that include fundamental values while still allowing a great degree of customisation to reflect their own views of journalism.

Without wanting to give too much away about what you plan to present in Torino, can you give us one or two examples from the kit and how they could be adapted by others?

Sure. Our list of fundamental values is, intentionally, very short. Things like tell the truth, don’t plagiarise, correct your errors quickly and transparently. We also ask journalists to make another fundamental decision: are they going to follow the objective model of journalism (trying to write neutrally and give all sides of the story fair treatment), or the “point-of-view” model (favour a particular social or political viewpoint, but be transparent about where you’re coming from)?

Then we present about 40 areas where journalists can have different opinions. We offer various views, for instance, on when (if ever) to delete items from your online archives, on interviewing and photographing children and on handling hate speech and actions.

How close to completion is the project?

By the Turin session, we’ll have completed our first draft of the project. But we’re far from done. The work so far has been done by about 20 volunteers. We’ll now be greatly expanding our team through crowdsourcing by journalists and others who want to help us. Are we reflecting the latest thinking on each issue we cover? What subjects should we address that we’ve missed? Are there more approaches to some of these questions than we’ve thought of? Is our approach truly international? Can people suggest links to add?

Only after we’ve had input from many more people will we “publish” the project officially. And even then, we expect to update it for years to come.

Update: This post has been updated to clarify that the project is a wholly ONA undertaking that Kent is leading, and also to correct that ONA is not developing a code of ethics but rather a kit to allow people to develop their own codes.