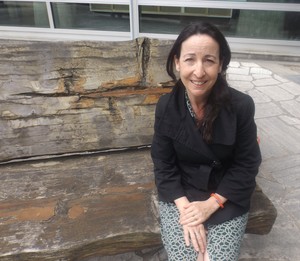 Bennett: Can you describe some of the gender-specific attacks to which women journalists are increasingly subjected?

Munoz: We recently published a study on threats, violence and harassment against women journalists and found that there are very unique things that women face while reporting and throughout the course of their work. For example, if there are incidents of violence against journalists, shots being fired and that kind of thing, obviously that’s gender-neutral but very frequently women are targeted in very gender-specific ways. This includes sexual violence and grabbing of their body parts. The words that are used against women take a very personal and gender-specific approach. Questioning women’s integrity, questioning their honour is a very specific threat used against women, particularly in conservative countries.

Bennett: What efforts do you feel need to be directed at these issues?

Munoz: I think having more women at higher levels within media organisations would likely lead to a greater realisation of the kinds of issues that women in this kind of profession face and therefore, more enlightened policies, more accountability for the treatment of women

Bennett: What are the risks associated with women reporting and blogging online?

Munoz: Freedom of expression on the internet and this notion of the internet as a great equaliser for women in journalism has unfortunately not borne out in reality. We’re seeing the same kind of underrepresentation of women working in digital media organisations as we see in traditional media and that’s really discouraging. One of the things that is most worrisome, though, is the kind of attacks and threats that are taking place online, largely due to the anonymity that the internet affords. I think this is an area that needs a lot more research and a lot more collective thought about how to make the internet a safe space for women journalists. …When you read about the kinds of threats that are being made against women, their families and their children – all very personal, all very gender-specific. You really come to realise that it is keeping women outside of that area of work and it’s really working to shut women up, which is its intention.