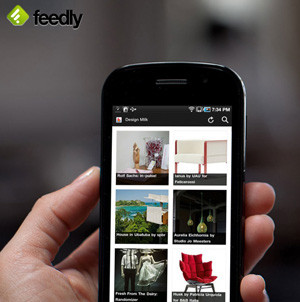 “Aggregation is not new,” says Grig Davidovitz, CEO of RGB Media. “It has always been done. In the past, evening papers would quote the morning papers’ stories. Aggregation is just the modern-day equivalent.”

New or not, news aggregation is today provoking fierce debate in media circles. Some, such as Davidovitz, argue that it has a “disruptive and positive” influence with advantages for “both curator and creator.”

For Irene Lanzaco at the Association of Spanish Newspaper Publishers, however, news aggregators have created “an unbalanced situation between publishers and tech companies” and have the potential to “weaken the trademark of newspapers.”

Lanzaco is hoping to pass legislation in Spain that will require all aggregator sites to pay compensation to publishers whose material they copy.

Under the new law, the original publisher will be compensated even for the reproduction of headlines and snippets of text. Written permission and a greater fee will be demanded if an aggregator wishes to reproduce the whole article.

“Publishers are facing a difficult time,” says Lanzaco. “Many users online are tending to get their information from news aggregators, and for them, there is no need for the main site.”

Indeed, a report by research group Outsell suggests that around half of visitors to Google News do not click through to the original site.

Does Davidovitz find this information worrying? “Yes, but what’s the alternative? If aggregators didn’t exist, this material would have less chance of being exposed.”

“From a user’s perspective, aggregation is great,” he added. The extra traffic driven by the aggregator has the potential to acquire Type A users” – that is to say, a user who accesses the page directly rather than through external sites.

From a legal perspective, aggregation is widely regarded as a grey area. There has yet to be a major legal ruling on aggregation, despite several high-profile court cases.

As early as 2002, Google launched a news aggregator, using content from AFP. AFP filed a lawsuit in 2005 on the grounds of copyright infringement and hot news misappropriation, yet the two parties settled out of court.

Without a previous major ruling to back her, is Lanzaco confident that her legislation will pass into law?

“We have a big hope to have the legislation soon,” she said. “The Spanish government has passed and approved our draft, and the bill is currently in parliament. Mariano Rajoy, Spanish Prime Minister, has called the bill a step forward.”

“We need to address this unbalanced situation with this legislation, and rebalance the market.”

Davidovitz says he is “in favour of a code of ethics” for aggregation, and admits any code will soon “become legal procedure,” yet adds, “I am against any law which requires users to seek permission to link. Linking sites is the basis of the Internet ecosystem.”

He also suggests that there is no need to directly financially compensate publishers for material used by aggregators, saying, “The link (from the aggregator) will bring money, as page views can be monetised.”

Given the complex moral and legal issues around aggregation, what steps can aggregators take to keep aggregation ethical?

Kimberley Isbell of the Citizen Media Law Project has written a comprehensive paper looking at the current state of aggregation, and offers the following advice to aggregators:

“1. Reproduce only those portions of the headline or article that are necessary to make your point or to identify the story. Do not reproduce the story in its entirety.

2. Try not to use all, or even the majority, of articles available from a single source. Limit yourself to those articles that are directly relevant to your audience.

3. Prominently identify the source of the article.

4. Whenever possible, link to the original source of the article.

5. When possible, provide context or commentary for the material you use.”

The message seems to be that a good aggregator is one who references and encourages the user to click through to read the original article.

As Davidovitz suggests, “If I am taking your content but not giving my readers a reason to click through, then I’m not a good aggregator.”