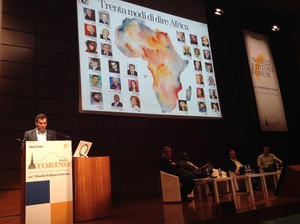 Here, Julie Posetti curates the top quotes and take-aways from the Forum:

1. On the ongoing transformation of the newsroom

3. On national security, liberty, regulation and the role of a free press in the post-Snowden era

4. On the evolving role of the editor

5. On pushing the boundaries of global journalism