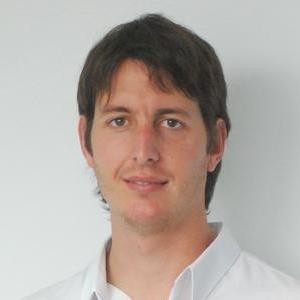 As Digital Content Manager for Artear, the television enterprise of Grupo Clarín, Foglia has extensive experience in developing and launching digital projects. One of his most recent, TN en Todas Partes, allowed Claríns cable news channel, Todo Noticias (TN) to be accessed from 14 different digital platforms. The project, which took a team of 25 people five months to complete, was put in place, “to create a disruptive and innovative digital platform for our audience from scratch,” Foglia told the World Editors Forum.

The three main pillars for TN en Todas Partes according to Foglia are readability, multimedia and participation. TN en Todas Partes, which translates to “TN Everywhere,” is available for devices such as tablets and platforms including Facebook and Google + and depending upon how users access TN, they will receive different content.

“We developed the project for 14 different screens,” Foglia said. “It was the first news site in Argentina built using responsive web design.”

Foglia sees great potential in Latin America for the development of multiplatform journalism – but urges the need for traditional media organisations to take advantage of the opportunities. “The media must change the internal culture that maybe is stopping or slowing the advance of digital projects,” he said.

“Companies should think about new ways to produce journalism, new ways of delivering the content and new ways of producing the products to reach the new audience,” he said.

If they don’t, the biggest risk these companies face is audience disengagement. “There are a lot of big players in our market as well as worldwide, so if we don’t invest and we don’t spend time and money trying to catch the attention of our audience, it will be very difficult later,” he said. “We are fighting for the time of our audience.”

As it is, Foglia is excited about the growth of digital innovation that is occurring in Latin America – particularly from smaller organisations. As regional news producers Revista Anfibia in Argentina, A Pública from Brazil and La Silla Vacía from Colombia show, there is a trend of journalists with traditional media roots leaving to develop new and innovative products. Often these incorporate investigative journalism and in-depth storytelling.

Foglia puts the trend down to the relative ease with which websites and mobile applications can now be created. “This opens the door to have new media organisations,” he said. “We welcome this opportunity. We hope to see more projects in the future.”

For Foglia, the future is clearly digital, and this vision has manifested itself in four different projects that he is currently working on. While he continues to develop TN en Todas Partes, which he hopes to make the most popular news site in the country, he is also hard at work on Argentina’s most visited showbiz site, Ciudad.com and Fashion TV Latin America, a lifestyle channel. Foglia also has plans to develop ElTreceTV.com.ar, the digital area of Artear’s free-to-air channel, into, “a new experience of viewing TV, with interaction and participation from the audience.”

This participation is integral to creating a digital product that is also social, Foglia believes. In producing TN en Todas Partes, he and the team had three targets; to create, “A new Digital Experience,” “A New Mobile Experience,” and “A New Social Experience.”

TN en Todas Partes hit those targets and in doing so, was awarded with two honourable mentions at this years Webby Awards – the only Latin American medium selected from 12,000 applicants from over 60 countries. It also won the Best in Class award in the News category at the Interactive Media Awards. As it is now, TN en Todas Partes is an important reference for the Argentinian digital industry and also when, “talking about social TV, talking about the second screen.”

For companies and organisations interested in developing multiplatform digital projects, to improve their process of digital transformation, Foglia simply suggests thinking in a different way. “They have to rethink the internal process of production of content, the internal process of producing digital product and how they deliver the content.,” he said. “If they think in a different way, it will help the company adapt to the problems [associated with undergoing a digital transformation], and to the new reality.”

Foglia will be a speaker at WAN-IFRA’s Digital Media Latinoamerica conference in Lima, Peru this September. The two-day conference is a chance for companies and organisations to learn from world-class panels of digital media experts, focused on skills designed to increase revenue and strengthen or establish digital strategy.