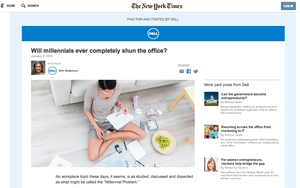 Nice Matin, Var Matin and Corse Matin, a group of daily newspapers based in the South of France and in Corsica, have received much publicity after using Ulule, a European crowdfunding site, to launch a bid to buy their paper group.

Their objective is to protect the jobs of those working for the paper in the context of recent financial difficulties that have resulted in the Matin group being put up for sale.

With sales averaging over 250,000 copies each day, the company, owned by Groupe Hersant Media, is a leader on the French market.

Nice Matin journalist Damien Allemand told the World Editors Forum that the project’s stated fundraising target of €300 000 is not, however, adequate to buy the paper, which is also the subject of other buyer interest: “We hope to reach the full sum by the beginning of this week. Based on the rate of donations so far, we have calculated that we should have the full amount by then,” Allemand said.

But, even once the required money has been pledged, there is no certainty that the crowdfunding initiative will be successful, as approval from the executive board has to be secured. Nice Matin‘s Business Tribunal has to decide if it will choose the crowdfunding bid, which is in competition with major media players, including Libération.

So, how might a crowdfunded paper be run? Damien Allemand explains that there are also private investors involved in the project, who would bring their expertise and leadership to it. Allemand told the World Editors Forum that new management, business and editorial strategies are currently being developed for operations in a crowdfunded environment.

To thank the public for their commitment to the project, Allemand hopes to ‘provide a maximum of space for people to express themselves, for citizen journalism, exchange and debate’, as well as a thank you party.

Donors to this project are motivated principally by attachment to the paper, sending letters of encouragement with their donations, with some saying they are unable to imagine everyday life without Nice Matin.

Crowdfunding for journalism is quickly gaining ground internationally. It is a phenomenon that can be traced back to 2003, when ArtistShare created a platform for the public to fund artists’ music projects. The concept has spread from there into a vast array of industries, notably business and the media.

Although very much still a niche form of media funding , crowdfunding is certainly making its mark in media coverage, shaking up the market and putting the news back into the hands of its audience.

Laurie Fitzjohn’s Let’s Own The News project, covered by WAN-IFRA earlier this month, is attempting to buy The Times and The Sunday Times in the UK in a bid to break what is seen by the some as a Murdochian monopoly on the news. This project, which aims to raise £150m, is arguably more symbolic than realistic, with Fitzjohn telling Financial News that even if the bid does not come to fruition, it will still have raised important questions about how News Corp is run.

Other journalism crowdfunding projects tend to be based on a smaller-scale, more case-by-case model, such as Newsprying, where journalists can seek crowdfunding for an individual story.

With professional organisations such as Nice Matin and student media alike making use of it, is crowdfunding here to stay?

Not every story is one of success, of course, and many journalistic projects seeking crowd-funding do not reach their targets; a quick scan through IndieVoices or Kickstarter, two of the leading crowdfunding websites for media, reveals a vast array of projects which have not managed to attract any investment.

Another community project is Bellingcat, created by Eliot Higgins, who writes under the nom de plume Brown Moses. This project was funded by a successful Kickstarter campaign, in which over £50,000 were pledged, as reported by the World Editors Forum earlier this month.

Bellingcat’s stated aim is to ‘unite citizen investigative journalists to use open source information to report on issues that are being ignored’, and Eliot Higgins told us that individual journalists will continue to use crowdfunding to sustain the project:

“Each contributor will have their own profile on the crowdfunding site Uncoverage, allowing readers to directly support their work, and we’ll also look at using shorter crowdfunding campaigns for funding specific projects. For example, we’re currently looking at crowdfunding the purchase of satellite photographs of an airbase in Iraq to identify the Iranian aircraft that are based there.”

Crowd-funding can also form a key part of a project’s marketing campaign, as Higgins explained: “it was also a great way to raise awareness for the new site, and resulted in a number of people getting in contact who were interested in helping out as contributors. I was in a position where I could call in a lot of favours to get coverage for the project, so that helped, as well as events that occurred during the campaign that brought attention to it.”

So what makes one crowdfunding project stand out against hundreds of others?

Bellingcat is an example of a perfect storm of timing and innovation, filling a particular niche at the opportune moment. Higgins explained further:

“With the downing of MH17 we could demonstrate the usefulness of the site, really show why Bellingcat was important, and that caught a lot of people’s imagination. There seems to be some interest among people interested in specific news events to have a much deeper and current insight into those events than the traditional media is currently able to offer. …It’s not as big as an audience that might buy a newspaper or visit a site like Mashable or Buzzfeed, but there’s that core readership who are willing to support that kind of work directly.”

Uncoverage is a new platform through which private individuals can sponsor investigative journalism that is of interest to them. It currently has just six journalists listed on its website, after an unsuccessful crowdfunding campaign on Indiegogo and it is not a free-for-all, by any means; its founder Israel Mirsky told The New York Times that it is only for funding projects of public interest, written by experienced journalists.

In an interview with Journalism.co.uk, Mirsky gave his view on why crowdfunding projects like his, which aim to democratise journalism, are important:

“Investigative journalism is the immune system of a functioning democracy. When the funding model is broken it’s equivalent to an immune disease. You don’t die from that directly, but from the secondary infections that happen when your immune system is damaged. As a civically-minded individual I can’t sit by and let that happen.”