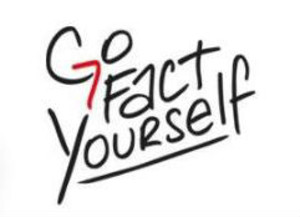 At Australia’s ABC, the public broadcaster’s Innovation team is trialling ‘Go Fact Yourself‘, a project pitched by recent journalism graduate Jamie Cummins and presented by Cummins, along with Elise Pianegonda.

The experiment, which began this week, doesn’t have a home on television; rather, it is native so the social media platforms of Twitter, Facebook and Instagram.

With youth audiences becoming decreasingly engaged with traditional print and broadcast media outlets globally, how they can be reached as story participants and potential content redistributors is an issue of significance for news outlets. As the World Editors Forum reported earlier this week, news apps and chat apps for smart phones are two of the ways through which news agencies are attempting to tackle this issue.

“What we’re trying to do is find a way to give news to an audience that is otherwise disengaged, so the kind of person who isn’t going to pick up a newspaper every day and probably isn’t going to engage in that sphere. However, In an age where headlines are further distilled into 140-character tweets, where a Facebook photo ‘like’ sparks a thousand shares, where even terrorists spread their propaganda through Instagram photos, it seems only natural that there would be a market for a social media-embedded micro-news project,” Cummins told the World Editors Forum.

Go Fact Yourself is ‘broadcasting’ a 15-second review of headlines daily, and two short (under two minutes) ‘explainer’ clips each week, which will go ‘back to basics’ on topical issues, avoiding the the traditional news reporting practice of assuming audience knowledge.

Fifteen seconds may seem rather short for a news broadcast, but Cummins believes that this is the best way to engage with young audiences: “Obviously I’d prefer it if everyone knew about everything, but that’s not the world we live anymore, people don’t read the newspaper every day anymore. So if people can get fifteen seconds of news, then that’s important, that’s fifteen seconds of news that they weren’t otherwise going to get.”

Pianegona explained, “We’re targeting young people because there’s a lot of assumed knowledge if you’re a young person. It’s assumed that you know the history of what happened ten years ago. But ten years ago, we weren’t paying attention to the news and what was going on in the world.”

The project aims to explain complex topics in a concise manner, using casual, informal language and a simple, vlog-style format with minimal ABC branding, in order to distinguish the presenters from the ‘men in suits’ who typically present the news.

For example, the pair’s first video explains the background to Islamic State in simple, chatty language, using phrases such as ‘some really crazy stuff has been going down in the Middle East’ to describe IS terrorist activities. This may seem to somewhat trivialise a serious issue, and it is certainly a brave topic to have chosen for the first video. But the pair told the World Editors Forum that they had purposely tried to avoid using ‘newspeak’ and jargon in an attempt to attract a disengaged audience by communicating with them in their own language.

Cummins told the World Editors Forum “…they’re social media natives, so they’re always scrolling on their Facebook pages and Twitter feeds, they’re always looking at news that’s happening with their friends and the world around them, but not necessarily the world at large. So we want to create these really small ‘newsly bites’ and drop them into the newsfeeds where people already are scrolling and inform them about the world around them.”

The ABC is an organisation which, like many, is currently facing considerable budget cuts, so its continuing to experimentation is laudible. But Go Fact Yourself is admittedly a low-budget project, which Cummins and Pianegonda argue fosters creativity, as low production costs force the video content to replicate that seen in ‘home videos’ found on social media news feeds.

Pianegonda commented on the ABC’s commitment to innovation: “It’s obvious that how people are getting their news is changing, and how we are delivering the news has to change along with it. So we actually do have the support from the top down within the ABC…People are already getting their news from Twitter – now they can get (more) information that’s reliable.”

Cummins added: “When you’re working within a traditional news medium, it’s hard for them to understand or realise or accept that things need to change and that steps actually need to be taken to change them.”

Of course, explaining concepts and providing background is nothing new. This kind of content can be found on many news sites, such as the BBC – what is novel in this project is its informality, its relatable, young presenters, and in that it can only be consumed via social media.

“The ABC does already have explainer videos, but these are mainly by men in suits…The younger generation is not engaged with broadcast journalism,” the project’s Creative Director, Viveka Weiley, told the World Editors Forum.

Future videos planned include one explaining potential higher education reforms in Australia, a video about the role of Royal Commissions, and one about mental health issues.

This innovative approach is reflective of the pair’s general attitude towards progressing in the journalism industry. Cummins told the World Editors Forum: “As a journalist, it’s up to you to see the changes and move with the times. Don’t just follow the organisation that you’re working for, because they might not be in the best position to move.”

Note: You can listen to an interview excerpt with Jamie Cummins and Elise Pianegonda here