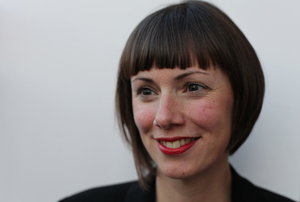 Google has announced it is set to abolish “authorship markup”, a feature which gives the name of an article’s author when it appears in search results. The reasoning: Google believes it is harming users’ experience. Nick Toner asked Sarah Marshall for her thoughts.

On the abolition of the authorship feature:

“So I must admit when I first read about it, I think it was back in June, I was kind of quite disappointed. Of course, being one of the people who had gone round and set up training courses to try and encourage journalists to be on Google+, to be honest I always told journalists here at the Wall Street Journal – if the only thing you do on Google+ is set up a page, you then get this authorship byline, you don’t have to post anything. Other platforms like Twitter, Facebook are a bigger priority for us so I don’t want you spending time on Google+ that could be better spent elsewhere. But I did encourage them all to have these Google+ profiles. So, of course having just been through that process my heart sunk when I first read that these were being abolished. I kind of thought that they might be kept for Google News and it appeared that Google News might keep them for a while and I thought well at least it’s still worth having them for Google News but that seems to be not the case.”

On what she perceives to be Google’s reason for changing course, and whether it is the right direction:

“One part of me also has tremendous respect for Google for going: “OK, we tried this and it didn’t work in the way we wanted it to’. Their rationale is the reading experience is cleaner and better without these Google authorship photos and bylines in. So…I have huge respect for the fact they’re reacting to user experience. But of course the other part of me is going: ‘OK well that’s a shame’. [But] there’s also the cynical part of me slightly – this is one of the reasons that Google got us journalists to enter our details, I think anybody who uses Google Chrome or whatever can do a search and find out what Google knows about them. I remember before I joined Google+, Google thought I was a 50 year old male, probably based on my search results and the kind of things I was interested in looking for. Of course I very willingly gave over a huge batch of data to Google when I joined Google+. ….Like I say the cynical part of me thought ‘well that’s worked quite nicely for them as it’s got lots of data on people joining Google+ who are journalists and arguably influential’, and it’s kind of done a U-turn and said ‘ok well we’re not showing these now’. But, as I say, I do also have huge respect for Google for kind of making a decision based on user experience rather than on journalists’ egos.”

On whether the WSJ will continue to use it, and whether it has other value:

“We have got some great journalists who are great examples of people who have used Google+ very effectively. One would be Jon Ostrower, he’s an aviation journalist for us, he’s got a huge number of followers, and of course we’ve got other examples of people like that who have nurtured their communities.”

“People who are interested in aviation…in the aerospace industry follow him, and that’s kind of quite a platform for Google+ as it’s a science/technology area. I’m sure Jon will continue to use it, I’m sure other journalists will. But will I stand up in journalism training sessions, will I encourage people to sign up to Google+ because it has a particular advantage? No. I’d rather our journalists here, the people I’m training in Europe, the Middle East and Africa, I’d rather focus our efforts on Twitter and Facebook.”

“I think since Facebook first introduced an algorithm, I think they have always tweaked it and they will continue to tweak it, I’m sure, and as much as news organisations complain about it, it also works a huge deal in our favour. It’s a really important platform for all news organisations now. Of course we are slightly at the whim of Facebook [and] we sometimes forget the benefits. One of the changes that happened that I was tweeting about [recently] and that we were having conversations here at the Journal about was that Facebook is now prioritising in-line links over uploading a photo and adding a link. So of course when Facebook announces something like that, internally you have conversations, you say: “OK, how can we react to this, so that we can have a suitable image to upload that is the correct size for Facebook”, so of course we respond but I think the question of the algorithm and the types of news – I don’t know, I guess that’s very much up to Facebook. What I’m very much interested in is: ‘Is Facebook still driving as much traffic or as much engagement to us as the Wall Street Journal?’, and: ‘Are the tweaks meaning we get lower traffic for our engagement when we post something?”

On future plans for social media strategy at The WSJ:

“One of the things we’re working on a lot at the moment at the Journal is real social media optimisation. For example, we’ve just changed the types of Twitter cards we use. We’ve gone for a bigger image, but we now take the byline or the Twitter handle of a journalist in the Twitter card, so if you look at any of our tweets and the card that drops down, most of them where there has been an image at the time of publication there will be a large image and then there’ll be the byline of the first reporter listed on the story and then their Twitter handles. Things like that, because what we recognise is that engagement is far greater between individual journalists, so what we want to do is always encourage engagement and encourage our journalists to help them get more followers and get more engagement, rather than just focus on the individual brand of the Journal. Similarly with Facebook, we are also introducing a tag which allows people to follow, so say for example Joe Bloggs posts a Wall Street Journal story on Facebook and you see that and you don’t follow the journalist who wrote that story, you will then when you see that post you will get an option to follow that individual journalist on Facebook. So things like that just really drilling down, unlike Google’s authorship or unlike Google, which says “People don’t really care who the journalist who wrote this story” – when of course as a news organisation, rather than a platform like Google, we actually care who wrote the story and we actually think that our followers and audience also care who wrote the story. So we want to help people engage with them directly, and people who are interested in aviation will then follow people like Jon Ostrower rather than just follow one of our brand names.”