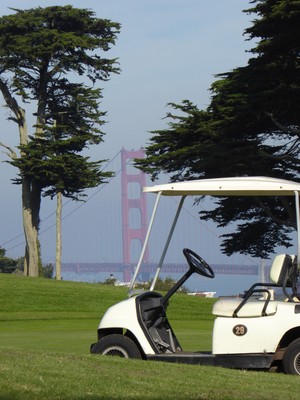 Our visits to Pando, Bloomberg, Mother Jones, Beacon and Google News all reinforced this perspective in different ways.

At Pando, Sarah Lacy and Paul Carr are making waves with their coverage of the Silicon Valley tech scene. In recent weeks their stories on corporate culture at Uber upset the ride-sharing company’s executives so much that, at a party in New York, their Vice President for Business suggested spending a million dollars to look into the personal lives and families of journalists, and in particular, Lacy, Pando’s CEO and founder. The news was broken by BuzzFeed and has picked up 600,000 views, as well as coverage in other mainstream media outlets, from The New York Times to the Guardian.

Pando is apparent proof that venture capitalists will invest in high-impact content production, and the company has kept costs low with a core editorial staff of just seven people.

But as Lacy explained, the company earns 70-80 percent of its money through events. Pandoland in Nashville, PandoMonthly and other low-key, invitation-only exec events are keeping the journalists at Pando in jobs.

Of the revenue they make directly online, the majority comes from advertising. Their subscription model, which includes a quarterly print magazine, has evolved into a membership fee that includes access to streamed events.

Lacy put it succinctly when she referred to Pando’s acquisition of Paul Carr’s company NSFW, “His business was based on subs and ours was based on ads and we own him.”

Although events might pay the bills today, Lacy is determined to build a real publishing house, noting “it takes a decade to build a media company” and says the company should be profitable next year after an initial $4 million venture capital injection. Taking it slow, Pando model themselves more on Vice Media than Buzzfeed.

1,000 percent ad revenue growth not enough to fund the newsroom

During our trip, we heard the same story again and again. The left-leaning magazine Mother Jones, for example, has revitalised its web presence in recent years, keeping up a bi-monthly magazine while operating a 24/7 online operation. Led by CEO Madeleine Buckingham, they have grown their audience 10 times in six years, tripling their Facebook fans to almost a million in the past 12 months after bringing in social media expert Ben Dreyfuss.

They have an audience that, according to Buckingham, is “educated, affluent and engaged.” And like Pando, they do not believe game-changing stories should sit behind a paywall.

But, although their digital ad revenue has gone from $200,000 to $2 million as their audience grows, this makes up less than 20 percent of their annual revenues. Indeed approximately 50 percent of their revenue comes from grants and donations.

News as a marketing cost

It seems deep online news simply cannot fund itself commercially. Indeed at Bloomberg, this is built into their strategy. At their picturesque Bloomberg West studios on Pier 3 in San Francisco, we stand a few metres away from Biz Stone as he talks about recent management changes at Twitter. The show airs live on Bloomberg’s cable TV channels and is chopped up into high-value segments online that command pre-roll CPMs of up to $75 with 59 million video views per month.

But this windfall alone is not enough to fund their operations and the entire web presence remains a showcase for Bloomberg’s market data terminals. In other words: a loss leader.

As if to prove the point, Bloomberg had just hired three journalists from the paywall-protected tech insider publication, The Information. Following the San Francisco Chronicle’s own well-documented paywall failure last year, the whole news subscription model in Silicon Valley seems to be under threat.

Richard GingrasNot so, according to Google. As Senior Director of News & Social Products at Google, it was not surprising that Richard Gingras felt the heat from our group of news publishers on the topic of business models. But while breaking news may have become a low-value commodity, he held out hope for the traditional subscription model, especially high-value products like The Information. He praised The New York Times’ food app, admiring how “recently they realised that part of their future is to have multiple brands and multiple products with food being a particularly good example,” and believes that people are willing to pay for trust.

“We were frustrated that there was not a good monetisation model in the world of journalism,” – Adrian Sanders, Co-Founder, Beacon

One company has bet their entire future on trust and a kind of subscription / donation hybrid.

In the Beacon model, it’s perhaps more accurate to replace the word “subscription” with “donation.” The crowdfunded journalism site allows you to directly fund the projects of selected freelance journalists and publications, even offering a monthly recurring donation.

In their frugal Oakland headquarters, the enthusiasm and earnestness of co-founders Adrian Sanders and Dan Fletcher is infectious. But they face the same challenges as the rest of the industry. Their company was founded after they realised display ad revenue for a blog with 5,000 readers would be negligible. Searching for another way, they decided to focus on “an experience we can create together” – actively working with journalists to get their stories funded.

The result: their donation model sees average payments of $45, well above the $12 annual subscription cost of Mother Jones, and they hope to hit $1 million in revenue this year.

Whatever we decide to call this new business model, donations, memberships or perhaps variable subscriptions, the good news is that investors still have an appetite for news. Beacon grew out of Y Combinator and as Sanders says, “it’s important to show to investors that people are willing to invest in journalism.”

The question is: how many?