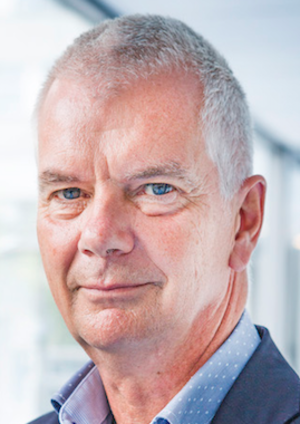 In a blog post earlier this month, Piet Bakker, a journalism professor in the Netherlands who has chronicled the ups and downs of free dailies on his Newspaper Innovation website since 2004, noted that recent years have seen a drastic decline of free daily newspapers throughout Europe.

At their peak in 2007, there were some 140 free daily papers in 31 European countries with a circulation of approximately 27 million, according to Bakker’s post.

However, by the end of 2013, there were just 65 free dailies in 23 European countries, with an estimated circulation of 14 million.

Next month will mark the 20th anniversary of the modern free daily movement, which Bakker says was ignited by the launch of Metro Stockholm on 13 February 1995. Ahead of that milestone, Bakker has undertaken a series of 67 blog posts (yes, 67!) that examine the status of free dailies around the world, going country-by-country in alphabetical order, starting in Europe.

In a recent e-mail interview with us, he describes the reasons for the decline and his predictions for this year for Europe’s free dailies.

WAN-IFRA: In your first post this year, you noted that free daily newspapers in Europe have seen a nearly 50-percent circulation decline since 2007. What are the main reasons for that decline?

Bakker: Since free dailies have only one source of income – advertising – the economic crisis hit this sector harder than other print media. Apart from that, there is a general decline in print circulation, probably because younger generations don’t use print that often. This generation was always rather interested in free dailies but now increasingly uses mobile phones during the time that they used to read a free newspaper. And just before the crisis, many free titles were launched (in 2005-2007), which resulted in fierce competition among free papers, hurting the business model even more.

Aside from Austria, which you recently pointed out as a rare exception, where are free dailies strongest in Europe?

I am now on number 7 (the Czech Republic) – but in markets like Switzerland and Sweden they still seem to be rather strong. Also, Denmark with the new Mx-format is still doing very well. Most papers don’t reveal financial data for their titles, so it is not easy to see how profitable they are. France and Spain are still struggling, as are Italy and the Netherlands.

What do you expect to see happening regarding free dailies in Europe this year – further declines?

Yes, a further decline, changes in France probably, maybe in other southern countries (Italy, Portugal) as well. At the end of the Europe series (probably halfway through February) I will publish the full data for Europe for 2014.