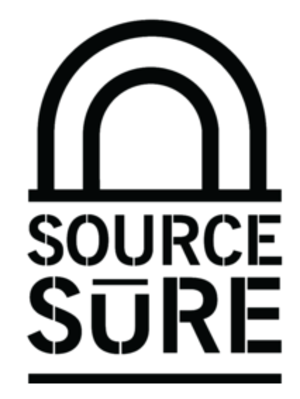 The user can then choose of one or more news outlets behind Source sûre to send their documents to. Upon receiving the documents, the media organisations review their legitimacy for publication.

The contents of the documents are cleared of their metadata and encrypted so that even the media organisations’ journalists cannot access the source’s identity.

Source sûre and Bivol differ from other investigative journalism platforms by shifting their news coverage away from the anglophone world. This feature enables them to hone in on more localised and lesser-known stories throughout the francophone world and Eurasia.

One of Source sûre’s confounding organisations is based in Belgium, where revealing a source is a criminal offense punishable by prison time. Meanwhile, president François Hollande has promised to introduce stronger source protection laws in France this year.

Yves Eudes, Source sûre’s cofounder and a journalist at ‘Le Monde’, believes that the cross-border, multi-platform collaboration between leading francophone news organisations is more than just a means of maximising news coverage. It is a source of immunity for journalists and sources against coercion.  “Unity is strength. This initiative could not have been launched by Le Monde or RTBF alone. Source sûre is underpinned by a whole spectrum of collaborators, from liberal to conservative media outlets, united by common journalistic values. Together, we are able to target a wider public.”

“We also have an advantage relative to political power and major corporations- if someone attacks us they aren’t only attacking Le Monde or RTBF, but at a whole ensemble of francophone media outlets.”

Like Eudes, Atanas Tchobanov, the Editor-in-Chief of Bulgaria’s investigative journalism website Bivol and its extension, Balkanleaks, is based in France. He considers himself at an advantage over editors and journalists working in Bulgaria, less due to political immunity than to the opportunity for cross-border collaborations with partners including Wikileaks and large French media outlets.

Bivol and Balkanleaks are run by three individuals alongside their daytime jobs. They publish articles in both Bulgarian and English. To maintain this balancing act, Bivol keeps an on-going dialogue with its international audience. The websites rely significantly on anonymous users for their leaks.

Despite the organisation’s modest management, Bivol publishes two to three stories a week. “Our distinction from others is that despite being very small we can make a lot of noise.” Atanas says that Bivol upholds the highest standards of investigative journalism, using “the same tools, the same standards for data protection, as our French colleagues, with whom we exchange information for media protection.”

Atanas underlines an element of activism and urgency in his work. He believes in publishing stories as soon as they surface. One of Bivol’s primary objectives is to expose on-going issues while they can still be rectified. He says: “If there’s a corruption story about an acting politician who we know is running for elections in three months we won’t wait to see if he’ll win.”

One of the website’s major leaks, ‘Buddha leaks’, eventually ended with the resignation of Bulgarian Prime Minister Boyko Borisov. The leak revealed that before his election the Prime Minister was involved in an organised crime gang whilst simultaneously working for the Bulgarian secret service. “This is one case in which we showed how intertwined the political and criminal milieux are in Bulgaria,” says Atanas.

Atanas is reluctant to admit that he played the central role in the Prime Minister’s resignation.  Instead he points out that Borisov was eventual re-elected to the post. Political apathy remains a prominent issue in Bulgaria. Despite its international acclaim, Atanas says that Bivol has under 4,000 Bulgarian twitter followers. Bulgaria languishes near the bottom of Reporters Without Borders’ press freedom ratings for the EU.

Atanas’ means of communication with sources have been evolving alongside his investigative journalism practices since Bivol first launched in 2010. “The more we know about methods of mass surveillance, the more prudent we are [in protecting our channels of communication]. Our methods have evolved a lot, but they depend on who is eavesdropping on us, on who we’re expecting to be on the other end of the wire. If it’s the American NSA, we have low chances of escaping surveillance, so we have to respect the highest standards of military encryption. If it’s some mafia organisation, they usually only have the means to intercept phones with mobile devices, but they can’t sniff out encrypted communications. So in this case we can basically use Skype or Whatsapp for less sensitive information.”

Atanas hopes that Bivol’s leaks will lead to stronger legislation in Bulgaria to restrict large corporations and the judiciary from abusing investigative journalists’ rights as set out by the European Commission. “We need to exclude journalistic reporting from laws designed to fight with market manipulators” says Atanas about what he coins as “banksphemy laws”. In December of 2015, the Bulgarian Financial Supervision Commission ordered Bivol to reveal its sources for stories about questionable bank loans or face a fine of up to 4,000 euros. Bivol was ordered to provide the names and addresses of its reporters and supervising editor within three days.

The Bulgarian state has been the primary source of threats targeted at Atanas’ news platforms, surpassing even the mafia and major enterprises. Atanas adds that “the state and mafia are intertwined. Our biggest threats have always come from them, because we know what they can do, because we’re tracking who’s buying what and what they’re trying to buy.” The state is equipped with more advanced surveillance methods than the mafia. In contrast, Eudes says that “the state is only one of the antagonists. The real adversaries are private corporations”.