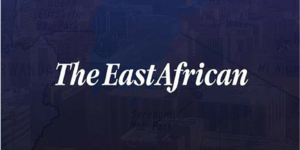 The World Association of Newspapers and News Publishers, the Committee to Protect Journalists, Nation Media Group, the International Press Institute and prominent African journalist Joseph Odindo support The EastAfrican, and say that even if the closure – based on a technicality – is true, it is an unnecessary move by the Tanzanian government.

The Tanzanian government announced in a letter on January 21st it would be banning publication of the internationally distributed newspaper The EastAfrican, ostensibly on the grounds that it was being circulated in the country without proper registration.

The government letter to Nation Media Group (NMG), The EastAfrican‘s parent company, instructed NMG to: “Immediately stop publishing, printing and circulating the said newspaper until it has officially been registered by the Newspaper Registrar, the Tanzania Information Services”.

However, NMG claims the government banned the paper after taking exception to the “firm stand that the newspaper and its other publications have taken on reporting on corruption, pilferage and inadequate delivery of services to the people of East Africa”.

Alison Meston, Director of Campaigns at WAN-IFRA says the decision to shut down The East African “on the grounds of a spurious technicality appears to be an act of direct censorship by the government.”

“WAN-IFRA condemns the move and urges the authorities to immediately allow the newspaper to publish freely.”

In a statement provided to the World Editors Forum, NMG says it is surprised and disappointed with the government’s decision to ban such a highly-credible paper.

“Surely, they just can’t wake up now and declare us illegal. If it is the issue of regularising files, that does not require such a draconian measure as banning a newspaper,” says NMG’s chairman Wilfred Kiboro.

East Africa’s representative at the Committee to Protect Journalists, Tom Rhodes, was also surprised by the decision.

“Even if the Nation Media Group had forgotten to update their registration, there is no reason to summarily suspend the publication from circulation,” says Rhodes.

“This move by Tanzanian authorities appears to be a tactic to silence the influential regional weekly for raising critical regional issues instead of a genuine measure to maintain administrative principles. It also sends a strong warning to the local press to refrain from critical reporting ahead of general elections.”

“If authorities take a hard line stance towards an international publisher, a potential government reaction could prove worse for a local paper.”

The Nation Media Group said in its statement that Tanzania’s Director of Information, Assa Mwambene, had been meeting with senior staff of The EastAfrican to complain about what he saw as “negative and biased reporting” by the newspaper.

However, Kiboro maintains that the newspaper had “consistently observed the highest level of professionalism and independence.”

“While it is possible to make mistakes, these mistakes are not demonstrative of any negative agenda. We intend to engage the Tanzania government to reach a speedy resolution on this matter and have the paper back on the streets as soon as possible,” says Kiboro.

The International Press Institute (IPI) also defended The EastAfrican in a press release. “Especially in light of the upcoming elections, Tanzania must exercise diligence in protecting the rights of citizens to receive information and the right of news media outlets such as The East African to freely share it with them,” says the IPI’s Director of Advocacy and Communications Steven Ellis.

“Abrupt closure is a weapon the Tanzania government keeps waving at media outlets,” says Joseph Odindo, one of Africa’s leading journalists and the former Editorial Director of Nation Media Group.

“Last year it shut down Mwananchi for two weeks for unexplained reasons. The ban on The EastAfrican illustrates the difficult circumstances under which journalists in East Africa work.”

“The ban on the paper, which carries regional news and analyses on business, politics, development, culture and art, is only the latest expression of the Tanzanian government’s intolerance to free media,” says Odindo.

The order bars the newspaper from circulating in Tanzania, but it will continue to publish in Rwanda, Burundi, Uganda and Kenya.

Meston says the decision is particularly disappointing, “given that media and press freedom organisations have been working closely with the Tanzanian government on setting a free press higher on the agenda.”

In 2007 WAN-IFRA issued the Declaration of Table Mountain at the 60th meeting of the World Newspaper Conference and 14th World Editors Forum Conference in Cape Town, South Africa.

The declaration was a call for better press freedom in Africa, and reaffirmed a commitment to freedom of the press as a basic human right.