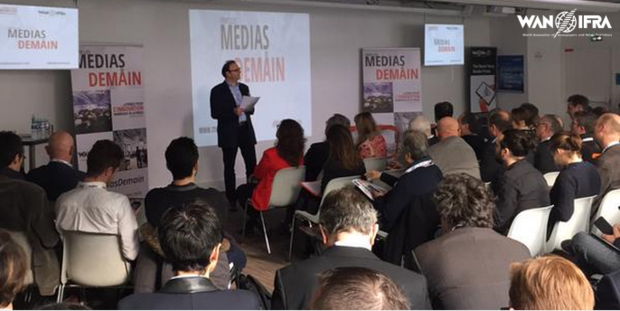 News organisations must learn to fail and fail quickly

Jim Roberts, Executive Editor and Chief Content Officer of Mashable, on comparing his new job at Mashable with his old job as Assistant Managing Editor at The New York Times, said: “That’s one thing which I think does actually distinguish digitally-minded start up culture from legacy culture – the readiness to fail. I can’t overstate the necessity to fail, how important it is to fail, and fail quickly.”

Google’s Head of News and Social Products Richard Gingras said journalism culture will, and must, continute to evolve. “We live in challenging times but there’s never been so much experimentation in journalism.” He said time has taught him the importance of stepping back and reassessing ‘truth’. “We need to experiment and risk failure to encourage organisations to embrace risk on a scale the world has never before known.” This is difficult because corporate culture in many ways reinforces attitudes of risk aversion.

“At The Guardian, change always comes about through trial and error” said Executive Director of Transformation, Sheila Fitszimons. “The gap between us and the developers is getting smaller. Now we spend as much time talking about how we work with the products and development people as we used to spend talking about integrating the paper with online.”

Why don’t readers know about and understand the peer review processes that lead to the publication of a piece of high impact journalism? Google’s Gingras asked. And why don’t we embrace the academic principles of referencing to improve credibility? He added.

The old trust model said: “Trust us, we’re Le Monde“. However, the new model involves global news brands collaborating via The Trust Project, for example, to determine how audiences come to trust content now, and how reliable content can find readers, Gingras explained.

“We want to be a trusted source. So, we’re trying to cover a full range of global news events specifically tailored to our audience,” Mashable’s Jim Roberts said. While Mashable doesn’t have correspondents in Gaza they rely on User Generated Content (UGC) to augment event reporting, and Storyful to verify. “ Even with a relatively small staff, with social tools we’ve been able to be involved in world events,” Roberts said.

The ecosystem has changed – we need to change with it

“Media is no longer a part of our lives, it has become part of the fabric of our lives,” Google’s Richard Gingras told #MediasDemain. “We don’t just consume media now, we live within it. We all have the ability to be journalists or publishers – whether we think of them as journalists or not. And they direct their own media experiences.”

In light of this, fresh thinking is required, but: “Too often we think of new ecosystems as extensions of the old ones,” Gingras said.

“The longest piece we’ve run on Mashable (about the history of Reddit) was 9000 words. That’s longer than anything I published at The New York Times,” Jim Roberts said.

“When [Mashable] do a story we’re not so much thinking about the word count, but we’re thinking: ‘what are the components to it?’ And as long as there are strong visual elements to keep your attention, we feel that will help propel interest in the story.”

This is what works for Mashable, according to Roberts:

1) Our storytelling is very visual. People love photos, they carry a wealth of information and appeal to the imagination. Nostalgic photos and nature photography work well
2) Telling stories about social data – e.g. teaming up with Storyful to verify content. We don’t have correspondents but we can give a view of the people on the ground through the lenses of their cameras shared via social media (from the Gaza conflict to weather emergencies)
3) Recognising storytelling is immersive
4) “Explanatory reporting does very well and something we can do without a team of reporters. We try to be ‘helpful’ with what we do.”
5) “We like to have fun. Our audience likes memes, and we share them when we see good ones.”
6) Experimenting with technology – from 3D printing to LEGO modelling. “Rather than using a team of graphic artists like CNN had access to, we used LEGO to plot senate seats in politics – so the future of digital storytelling might well be LEGO.”
Future media must be adaptable for all platforms

Roberts said it is critical that publishers think about not just mobile in terms of platforms, but mobile consumption patterns. How and why do users come to the content when they do?

And it’s past time for legacy media to recognise that they no longer control distribution: “You may own one platform but you don’t own all of them. Some of these platforms will send traffic back to your sites. Instagram doesn’t, Facebook is talking about a new system that might change things a lot, Twitter directs traffic to your stories, Snapchat doesn’t,” Roberts noted.

“The future of storytelling does not exist on a single platform. It means creating videos that play within Facebook News. It may be different to what you do on your own website, or on YouTube. We need to think about Vine and Meerkat – which has exploded onto the scene with great velocity,” Roberts pointed out.

“‘You are currently live on Meerkat‘ is something you would not have heard (or said) a month ago. What do we do every time a new platform comes along, how do we take advantage of it, and where do the opportunities lie?”

As @nycjim referenced at #mediasdemain – Mashable were the 3rd most tweeted site in February: http://bit.ly/19ernjh 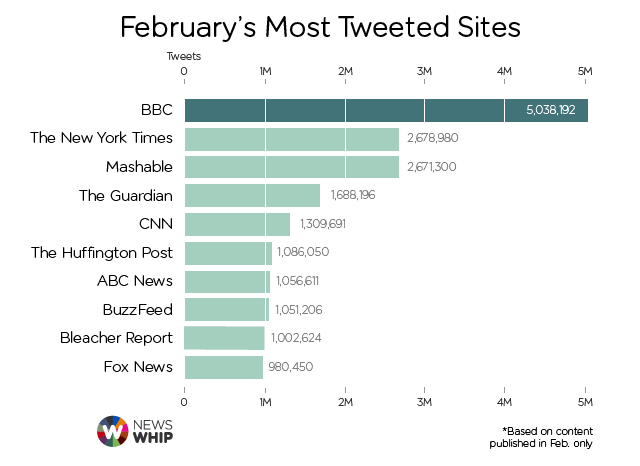 On building a niche blog

Elnaz Esmailzadeh is the commercial product manager of VG.no, the largest Norwegian news site, and its niche sites. She says VG.no has a 50% market share once mobile is factored in.

VG’s main microsites are about food, weightloss and fashion:

Esmailzadeh said a process of trial and error is allowing the audience to build: “We get free content by republishing the audience’s recipes and we get good engagement because they like to see their recipes published.”

Here’s her strategy for building VG’s microsites in 8 points:

On new ways of monetizing, and the future of micropayments

German broadcast journalist-turned individual name-brand blogger Richard Gutjahr brings his audience along with him on a story. Case in point: he streamed the #MediasDemain conference to his German followers back home, who were (unfortunately) geoblocked from the main stream.

Gutjahr worked for several years with the German public broadcaster, until leaving to start his own blog. The day he took his followers to NYC for the launch of the iPad (which his then employers were not interested in – until it was already a big story), Gutjahr realised you don’t need a big network behind you, just a good story.

“Without knowing, I created my own distribution channel,” said Gutjahr.

He originally maintained his site on donations offered by committed readership, but Gutjahr noticed Paypal was taking a sizeable commission from donations, and the system was cumbersome.

So he created a ‘one-click’ system designed to be as easy as liking something on Facebook. It permitted impulse buying, promoted a use-now-pay-later approach, and had no uprfont registration.

The articles were free but translations, postcards, or interviews needed to be paid for. Some articles ran on pay-per-use one-off micropayments, with the reader given a teaser to encourage them to buy.

Gutjahr experimented as he implemented the evolving payment system – what would people be willing to pay? Should he charge for a livestream? Or give pictures for free, and then license them for republication?

Using these methods he now avergaes Euro 105 per article, which if scaled to his old employer’s readership, would bring 30,000 Euros per article, according to his assessment.

“Personally, I hate paywalls. I have learned a great lesson about paywalls. five years ago when I was shielded by a wall myself [in public German television], I was protected against recession. But a wall always works in two directions. So while I was protected I was also shielded from innovation,” he explained.

Organising newsrooms to be ahead on tech

“There are 140 people in our Digital Development team, and about 700 journalists.” The Guardian‘s Sheila Fitzsimons told the conference. “We police our boundaries very carefully when it comes to ensuring editorial integrity – we are rigid and we watch that very carefully. In every other way we talk to commercial more than we ever did.”

On the continuing struggle to convince those who ‘hold out’ to adapt, Fitzsimons said: “We talk to them. I think that’s the only thing we can do. It’s a constant dialogue.”

For legacy media: “Investing in technology will be a key issue. I think our companies in legacy media are underfunded, and underdeveloped in technology, and way too complicated in organisation,” Les Echos‘ Manager of Digital Operations, Frederic Filloux, said.

“We also need to take into account the expectation of the audience. I think today the expectations we are facing with our audience is that they expect the same experience at Les Echos, at The Guardian, as they do at a tech site [like Apple, Amazon],” Filloux said.

“The more diverse your staff is, the better it is. Innovation doesn’t come only from journalists” @vincentpeyregne #mediasdemain

“The most critical people are the heads of sections – editors, managers, and it’s a lot about diversity. Talk to your audience and your suppliers, many of your innovations come from this environment,” WAN-IFRA’s CEO Vincent Peyregne said.

“Too many news organisations have this structure in their head, that they are the nobility – and that’s going to make it hard to change a newsroom,” Mashable’s Jim Roberts reminded the audience – which spanned representatives from legacy media to start ups. “There can’t be a caste system in a modern news organisation.”

And the final word on leadership goes to Jim Roberts: “Change doesn’t necessarily need to be lead from the top per se, but it has to be endorsed from the top.”