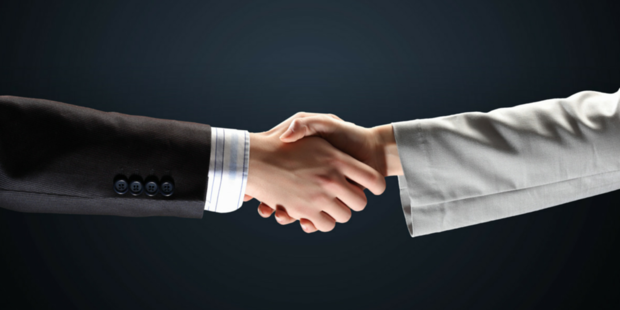 The Engaging News Project team’s focus group study of about 40 college-aged people found that while many young people can appreciate the purpose of a comments section, they personally wouldn’t engage with them.

“We’ve kind of come up to this time where unfortunately the trolls have become such a part of comment sections that [people] don’t feel comfortable saying anything,” says Steiner.

“They also don’t feel comfortable saying anything to anyone outside of their family or friends,” she says, “And a lot of them have fears that if they do say something about their political beliefs that they’re going to lose friendships, or that it’s going to somehow harm their social status.”

The team hope that this research will feed into their next project, where they will experiment with what they heard from these groups to find ways of actually improving discussion spaces.

It’s part of a growing trend of research into online commenting, as the issue tempts more and more news businesses to close their comment boards. Both the World Editors Forum, which published a report into emerging best practices for commenting; and the Coral Project, a partnership between the New York Times, The Washington Post and Mozilla-Knight Open News that is looking into creating an ‘identity layer’ for the internet, are part of this research trend.

Late last year the Engaging News team published the results of changing a one-column comment layout into a three-column layout, and while Steiner says the impact on civil discourse wasn’t groundbreaking, there is definitely something there.

“So we do want to continue to look at comment structure,” says Steiner, “[And] we want to look at what happens with more personal interaction, if you get reporters involved, what happens if you include video of the reporter saying something, or what if you were to put your mission statement at the top of the comments, and will that remind people that this is a civil space – a lot of things like that.”

“We know that online spaces are not the most comfortable spaces, which is really unfortunate, because it could be an amazing platform to open up dialogue and learn from one another. But unfortunately that’s just not the way they are right now.”

This focus group research is part of a broader study into civil discourse online being undertaken by the Engaging News team in partnership with the National Institute for Civil Discourse at the University of Arizona which hopes to help people become more engaged in the news, and help businesses keep readers on their page.

“We not only look at how this is improving engagement online on these news websites, but from a business perspective: is it increasing time on page? Is it increasing clicks? The metrics, the analytics that newsrooms have to have today to show that their websites are being used,” says Steiner. “So we always have to look at things hand in hand.”

“I don’t think [businesses are] fully as aware as they could be of the academic research out there,” says Steiner, “[But] I hope that the tide is turning a little bit with that, as I’ve read that there are more people who are saying that it’s time for journalism and academia to not be so divided.”

A recent good news story for the team has been the adoption of their ‘respect button’ research by the fact-checking startup Fiskkit. Rather than a ‘like’ button, which users would only click if they actually agreed with a comment, Steiner says the ‘respect’ button allowed users to show that while they didn’t necessarily agree with a comment, it made a valid point.

“Since then we have been in constant communication with them, all through the beta testing of their site, just to provide them with feedback – not only on their site as a whole, but specifically with how the respect button was being used,” says Steiner.

This is the kind of cooperative attitude they hope to foster at their upcoming SXSW event alongside the Global Alliance for Media innovation.

“It’s a chance to hear from places across the world, and hear what everyone is doing in terms of innovation and research … it should be a really awesome opportunity to get everyone thinking about what they could be doing in their newsrooms,” says Steiner.

“We want to improve engagement not only for citizens to learn more about what’s in the news, but for the news organisations to make money, so that they can stay alive and keep being this awesome resource for people.”

One of the main missions of WAN-IFRA’s Global Alliance for Media Innovation is to bridge the gap between academia and the industry in the field of News Media.

The University of Texas at Austin’s Engaging News Project is teaming-up with the Global Alliance for Media Innovation to offer a unique insight on international innovation cases at this year’s SXSW Interactive Festival: